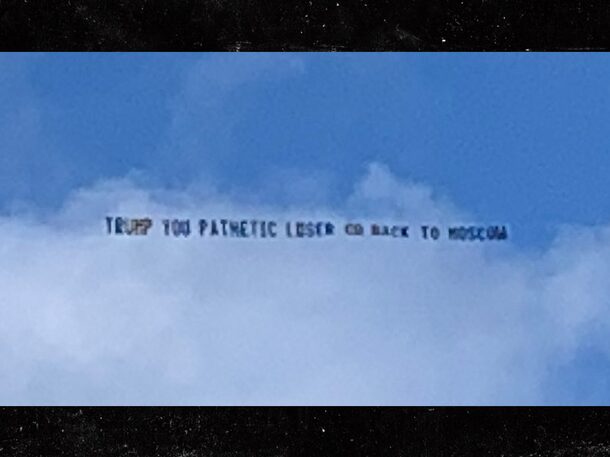 Oyogist.com has learnt that a sky-writing plane was spotted in the air insulting the former president of the US, Donald Trump.

Donald Trump became the first President to be impeached twice in the history of the country, after he was allegedly accused of causing the riot at the Capitol hill.