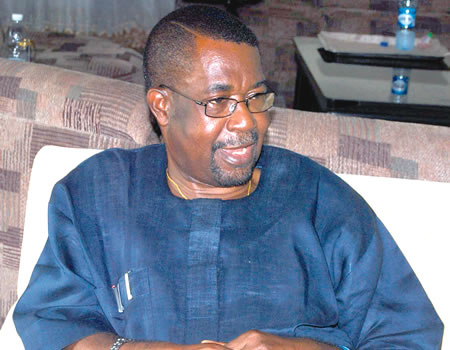 According to report reaching oyogist.com, a former Nigerian Minister, Dr. Olu Agunloye, has reportedly taken sides with the Ondo state Governor, Rotimi Akeredolu and the Oyo state Governor, Seyi Makinde, over the recently issued vacation order given to Fulani herdsmen to vacate the forest reserves in the state.

“Governor Rotimi Akeredolu is correct to order (unregistered) herdsmen and “bad elements” to vacate all forest reserves in Ondo State because they have turned the forest reserves into hideouts for keeping victims of kidnapping, negotiating for ransom, and carrying out other criminal activities.

“Governor Seyi Makinde is right to direct individuals or groups to avoid stoking ethnic tensions and to stop circulating flyers and giving ultimatums to others to leave Oyo State.

“His directives were regarding “taking all necessary steps to protect the good people of Oyo State from harassment, thuggery and banditry”.

“As a matter of fact, the security issues in the West have become profoundly disturbing and the situation requires concerted firm efforts and not kid gloves.

“Earlier this current week, I was engaged in high-level discussions with concerned prominent Yoruba leaders, retired military leaders, and high-ranking Government operatives of the West extraction.

“All these well-meaning citizens showed great concerns on the deteriorating security problems in Yorubaland and noted that drastic steps are required for forestall outright disaster.

“In terms of growing insecurity in the region, the keywords are criminals and criminality. The West should not tolerate criminals in its cities, villages, highways, farmlands, or forests. Those who attack or kidnap people or kill them are plain criminals.

“They are bandits and are undesirable elements who should not be tolerated. The two Governors and the other governors should take joint actions to rid the entire region of bandits whoever they are and wherever they are from.

“All the West Governors including Akeredolu and Makinde are aware of their responsibilities to ensure security and safety for all the people in Yorubaland including the courageous Sunday Igboho whose struggles to set the land free from terrorists is commendable.

“These personal efforts of Sunday Igboho will be more worthy when they are an integral part of a well-coordinated State-wide or regional programme lest they may become counterproductive.

“The efforts of the West to combat security crimes in the land requires strategic coordination, networking and precision at this time, not individual discretions or haphazard or disjointed stunts.

“The West should urgently expand the coast of the Amotekun concept in terms of reinforcement and empowerment through appropriate recruitment, training and technological enhancement.

He further said that “we should avoid generalisations which appear to target the Fulanis or herdsmen as not all of them are lawless.”