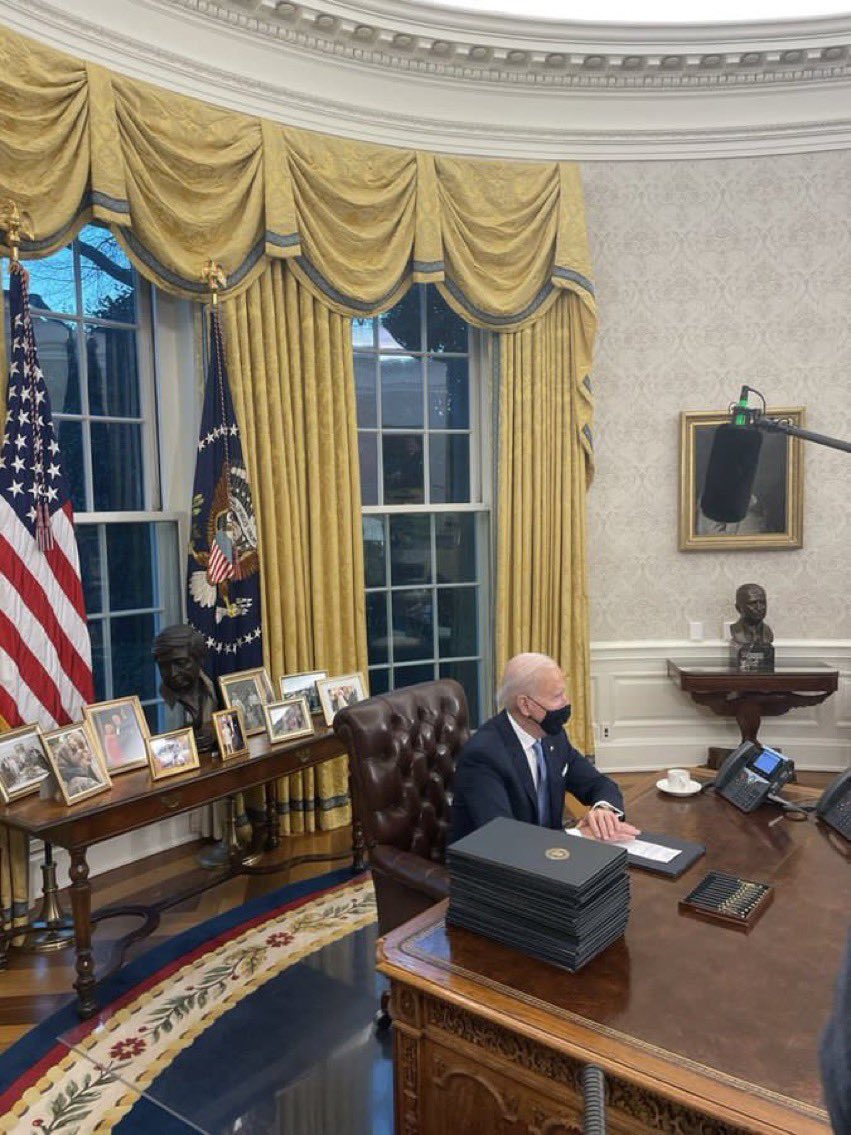 According to report reaching oyogist.com, President Joe Biden has signed a slew of executive orders to reverse some of Donald Trump’s decision.

Oyogist.com had earlier reported that Joe Biden and Kamala Harris were inaugurated as the 46th President of US.

Biden Swears in Presidential Nominees Few Hours After Inauguration, warns staff to treat each other with respect