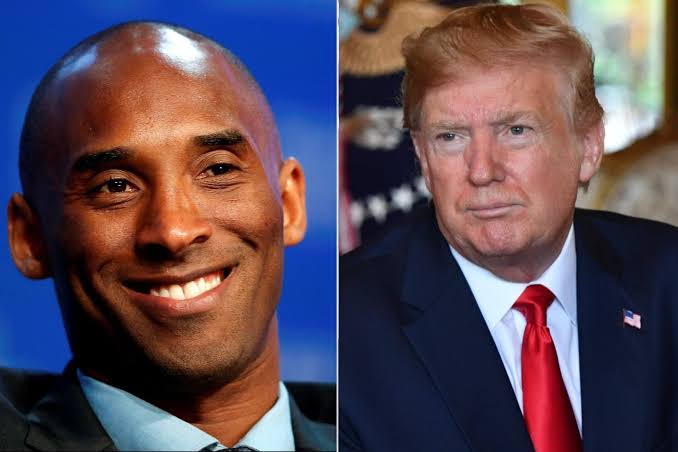 Oyogist.com has learnt that Pres. Trump has approved the placement of a statue for Late Kobe Bryant in the US National Garden.

The executive order which was signed by Trump last week Would inagurate the National Garden of American Heroes, which will feature statues of historical figures, including Bryant.

“The National Garden will feature a roll call of heroes who deserve honor, recognition, and lasting tribute because of the battles they won, the ideas they championed, the diseases they cured, the lives they saved, the heights they achieved, and the hope they passed down to all of us — that united as one American people trusting in God, there is no challenge that cannot be overcome and no dream that is beyond our reach,”

“In short, each individual has been chosen for embodying the American spirit of daring and defiance, excellence and adventure, courage and confidence, loyalty and love. Astounding the world by the sheer power of their example, each one of them has contributed indispensably to America’s noble history, the best chapters of which are still to come.”
americaKobe BryantTrump Administration
Share
0
FacebookTwitterPinterestLinkedinRedditWhatsappTelegramViberEmail