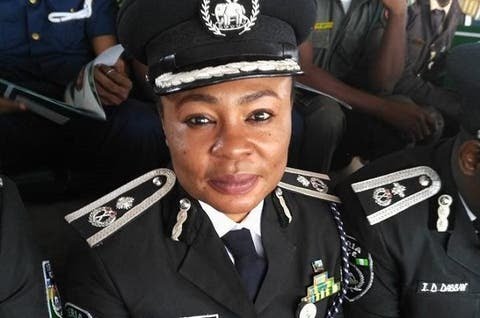 Oyogist.com has learnt that the new Commissioner of Police in Oyo State Command, Ngozi Vivian Onadeko, has commenced duties in the state, as she sought to gather constant dissemination of credible information to enable the police serve the people of the state better.

A statement issued on Friday by the state Police Public Relations Officer (PPRO), CSP Olugbenga Fadeyi, said Ngozi Vivian Onadeko would be the first female to occupy the position in the state.

Ngozi graduated from the Imo State University, with a BSc. (Hons) degree in Sociology in 1985.“She later proceeded to University of Lagos, Akoka, where she also bagged a Masters degree (MSc.) in Criminology.

“CPP Ngozi Onadeko was appointed into the Nigeria Police Force as a Cadet Assistant Superintendent of Police (POLAC/ Cadet ASP Course 15) on March 15, 1988, and was trained at the Nigeria Police Academy Annex, Kaduna State between 1988- 1989.” The statement read further.