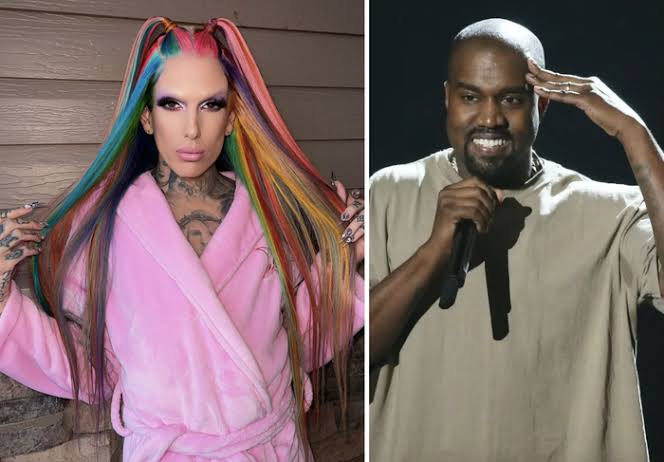 Oyogist.com has learnt that Popular American entrepreneur and YouTuber, Jeffree Star has reacted to the rumour that he is having an affair with rapper, Kanye West.

There were reports on social media that Kanye West is reportedly having an affair with Jeffery Star.

The rumour had it that Kim Kardashian, Wife of Kanye West was making a divorce move as a result of the affair.

According to Star, he is not having an affair with Kanye West.

On Twitter, she wrote: “I’m definitely NOT sleeping with Kanye, but the amount of rappers in my DM’s is wilddddd bi*tch. Time to make a hit song in bed.”