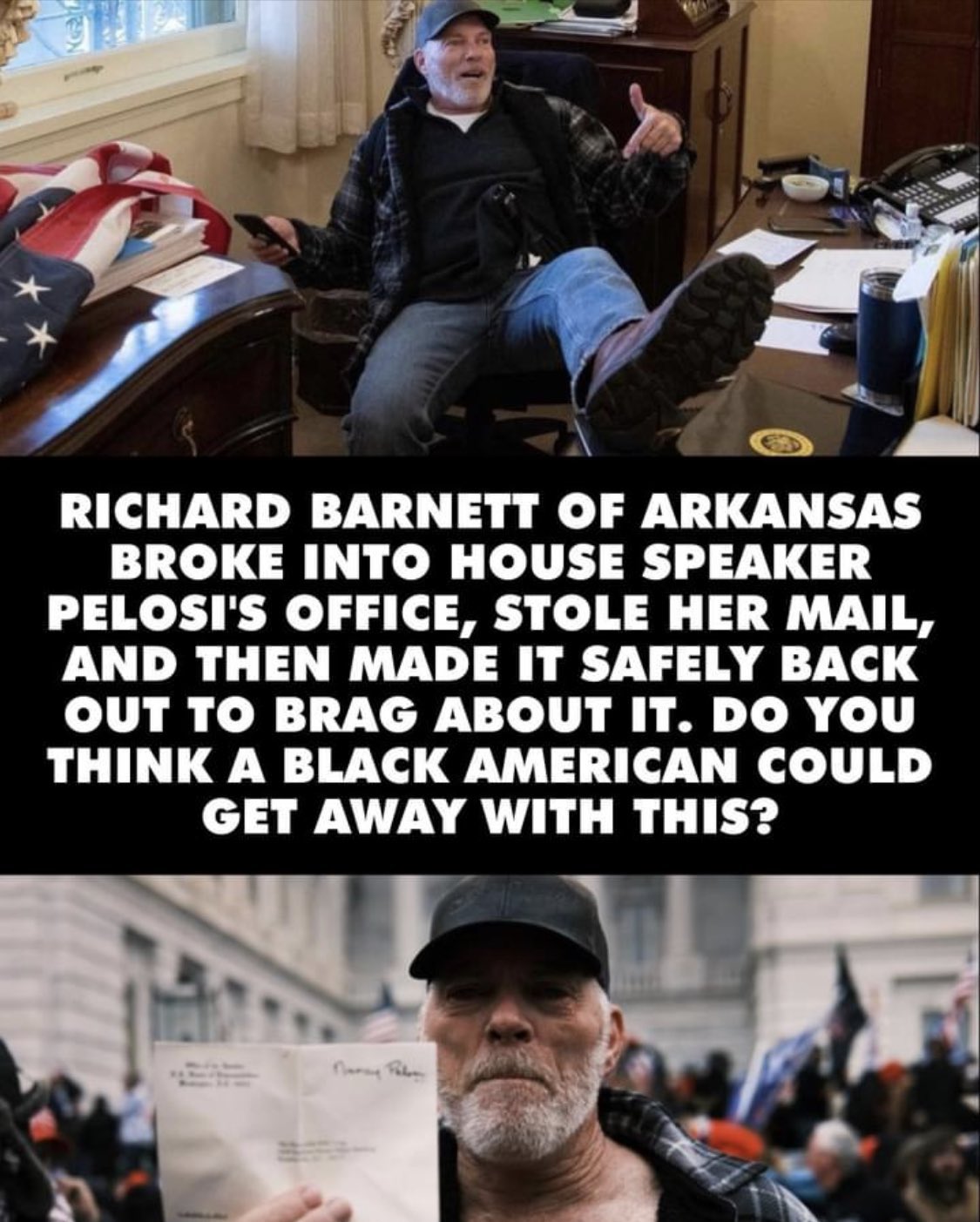 A man photographed inside Rep. Nancy Pelosi’s office during protests in Washington D.C. is believed to be a lively supporter of President Donald Trump from Northwest Arkansas.

Getty Image photos of the person at what has been described as Speaker Pelosi’s desk are going viral after Wednesday’s violent occupation of the united states capitol.

Arkansas sister station KNWA/KFTA immediately recognized the person and spoke to members of the Benton County Republicans, who also identified the person within the photo as Richard Barnett.

The station spoke to Barnett back in November during a “Stop the Steal” rally in Bentonville. He supports President Trump’s unsubstantiated claims of voter fraud and believes fraud cost the president this election.

Shortly after the photo was circulated, Christine Pelosi, a Democratic strategist and Speaker Nancy Pelosi’s daughter, posted a tweet, stating this was, in fact, not her mother’s desk.

Other journalists in Washington, D.C. snapped photos of Richard outside the Capitol, claiming to have taken a letter from Pelosi’s desk. Those journalists offered differing variations on the spelling of Barnett’s name.