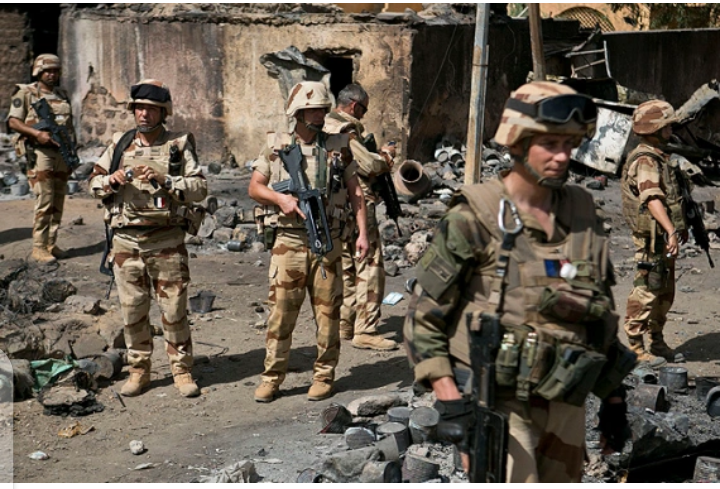 Al-Qaeda’s branch in North Africa has claimed responsibility for killing two French soldiers who died when their armored vehicle was hit by an improvised device in eastern Mali.

The soldiers were on a reconnaissance and intelligence-gathering mission within the eastern region of Menaka when the blast occurred. The attack came just days after three other troops from France were killed during a similar fashion.

The branch, referred to as the Group to Support Islam and Muslims (GSIM), said it “detonated an explosive device” because the vehicle was passing, “bringing the toll to 5 in but a week”, during a statement released by its propaganda platform Al-Zallaqa late on Monday.

The deaths brought to 50 the number of French soldiers killed within the West African country since France first intervened in 2013 to assist repel armed groups.

The GSIM condemned the “indiscriminate” killing of 100 civilians in two villages in western Niger over the weekend, the location Intelligence Group also reported.

“This attack, whoever carried it out, isn’t different from the massacres of the French occupiers and criminal militias,” GSIM said, adding its “jihad” has not turned against the people and vowing reprisals.

The group seemed to be pertaining to the Islamic State within the Greater Sahara (EIGS), its rival within the region and with whom it’s clashed violently in recent months.

A year ago, French President Emmanuel Macron designated the EIGS because the favorite enemy within the Sahel region.

Since then GSIM has grown in strength and in November France’s Barkhane force commander Marc Conruyt called the group the “most dangerous” within the region.

France’s Barkhane operation counts 5,100 troops spread across the arid Sahel region and has been fighting armed groups alongside soldiers from Mauritania, Chad, Mali, Burkina Faso and Niger, which together structure the G5 Sahel group.

“PDP’s 16 years in government was a misadventure”- APC