OYOGist.com has learned that the French medic who suggested that coronavirus vaccines trials should be tested on the African continent, has apologized for his racist comments.

Prof. Jean-Paul Mira, who is the head of resuscitation department , at Cochin hospital, and president of French intensive care society, made the comments while on a television programme. He suggested that trial vaccines should be carried out on Africans.

His comments was heavily criticized by notable Africans and activists. They labeled him a racist. Others criticized him for insinuating that Africans are guinea pigs. Exposed: What an underground sex party looks like during Covid-19 pandemic

OYOGist.com has learned that a recent undercover report by TMZ, has shed more light on how people are secretly going against the laid down Covid-19 guidelines by organizing underground swingers party
Read More OYOGist.com has learned that one popular Christian Advocate Ifedayo Olarinde famously known as Daddy Freeze has in a recent Post to his Official Social media account mocked the General Overseer Of Syn
Read More 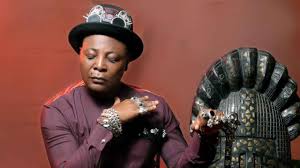 Oyogist.com has learned that Controversial activist, Charly Boy, a.k.a has disclosed his spiritual state of mind as he narrates how so many people mistakes him for something else because of his habitu
Read More