According to report reaching oyogist.com, Governor Seyi Makinde of Oyo state, on Monday, addressed questions about his administration allegedly starving local government authorities of funds, as well as how the state managed funds of local government areas especially when they were being run by Heads of Local Government Areas (HLAs).

Noting that the allegation of starving LGAs of funds is not unconnected with the poor state of roads, Makinde said the situation was that local government areas were left with meagre sums of money for infrastructure after drawing first line charges such as salaries for primary school teachers and local government workers and expenses for primary healthcare centres.

On money saved when HLAs ran the local council areas, Makinde said the sum which averaged N1billion monthly was being set aside as stabilization fund for the sole purpose of the running of the affairs of local councils.

Makinde said: “Our people yearn for growth and development. They want good roads and quality infrastructure, even as they are asking for employment opportunities and economic prosperity.

“We know they have been starved of these basic functions of government for many years, and that can sometimes make the tasks we are expected to perform seem overwhelming.

“For example, we have been receiving several reports of people complaining about roads. Some have even gone as far as saying that the state government is starving the local government authorities of funds.

“When we came in as an administration, we had 11 local government areas with backlog of salaries and we had to pay that backlog.

And we don’t want to walk that route again. Everybody seems to be looking at the money we have saved so far.

“When we came in, we started building the local government account every month especially that period when we were using the HLAs to run those local council areas.

“We were saving average of N1billion every month. Yes, we built it up to about N12-N14billion but they cannot share it.

“We will utilize it as stabilisation fund for them. The state is not interested in spending their money or telling them how to spend their money but the state will not also sit by and let workers in those local government areas be denied of their salaries at the end of every month.

“We will engage with the leadership of ALGON and I believe the people of Oyo state will see marked improvement in delivery of infrastructure especially road.

“Also, local government authorities are in charge of all the funds from their internally generated revenue.

“We know the importance of development at the grassroots, this is why we keep pushing for investments to go to local government areas.” OYOGist.com has learned that four out of the eleven Northerners who sneaked in from Sokoto state into Oyo state, on Saturday 2nd of May, 2020 have tested positive for COVID-19. The State COVID-19 Inci
Read More According to report reaching oyogist.com, the Nassiriya Organization in 21 states of the federation has vowed to leave no stone unturned in its resolve to drag the Governor of Kaduna state, Malam Nas
Read More 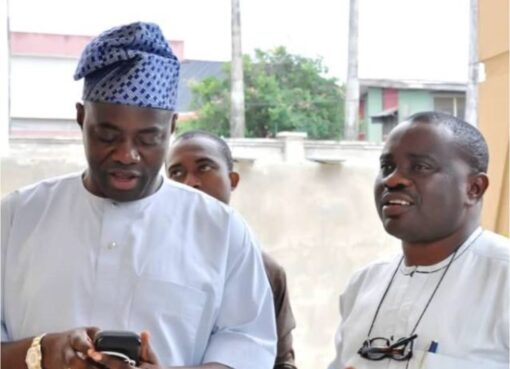 According to report reaching oyogist.com, the Chief Press Secretary to Governor Seyi Makinde, Taiwo Adisa has explained that the Oyo State government did not play any role in the first year anniversar
Read More