According to report reaching oyogist.com, Chairman of the Elders Advisory Council of the Oyo State chapter of the All Progressives Congress (APC), Otunba Adebayo Alao-Akala, has read the riot act to members of the party, saying era of impunity is over.

The former governor of the state said disrespect for party supremacy would no longer be tolerated and assured that the main opposition party in the state would be returned to the people.

He also debunked the insinuation that there is a plot to give the governorship ticket of the party to a particular aspirant, assuring that the ticket is open to all the zones in the state.

Alao-Akala made these clarifications while addressing party supporters who were at his Awosika, Bodija residence to demand for a fair and just process during the forthcoming state congress of the party scheduled to hold on Saturday.

The state congress, expectedly, would lead to the formation of new party executives that will lead the APC in its quest for victory in the 2023 general elections in Oyo State.

Alao-Akala, decried the level of impunity and disrespect for party institution in the state and said its leadership will no longer tolerate disruptive tendencies whose stock-in-trade, he said, is to put the sanctity of the party to ridicule and disrepute at the slightest opportunity.

He said no individual, no matter how highly-placed, is above the party, adding: “Anybody that calls him or herself a politician can never be a recognised politician without first belonging to a political party.

“So why can’t we abide by the rules guiding the party? Treating that platform that gave you a political leverage with disdain and disrespect will no longer be tolerated.

“The era of members of the party going on radio, granting newspaper interviews or going on social media to tarnish the hard-earned image of the party has come to an end.

“Anybody caught in this web of Impunity will be sanctioned appropriately, as prescribed by the constitution of the party. There are rules of engagement and it will henceforth be followed to the latter.

“This coming state congress, you members of the party will decide who you want as your leads. They should know they cannot be the aspirant and at the same time be the one in charge of the party structure.

“You cannot eat your cake and have it. Anybody clamouring for the party structure is wasting his or her time. The party has returned to the people who are the members of the party. The people own the party not any leader or stakeholder.

“Without you followers, we cannot exist as the leaders you call us. This coming state congress will be an open affair and nobody’s ambition can supercede the interest of the party.

“It is a simple arithmetic, each local government area will have a slot in the spirit of fairness and equity, unlike in the past where some local governments had up to three representatives in the state exco while some had none.

“The era of some local governments being disenfranchised in the scheme of things is over. In the formation of this outgoing state executives, Oluyole Local Government Area, for example, has three representatives on the exco, while Surulere Local Government Area has nothing. where is the fairness in that?

“Same thing for Ibadan South-East, where they have the state secretary, PRO, and welfare officer and Itesiwaju Local Government Area has nothing. Same thing in Ibadan North East Local Government with special leader and youth leader.

“These are the abnormalities we are out to correct in the formation of the new executives of the party and I can assure you we will achieve that. Each local government area will have, at least, a representative,” he said.

Alao-Akala said Oyo APC parades a conglomeration of the finest brains one can ever think of, adding: “Our membership is populated by an arrays of cerebral minds that are very capable of steering the ship of the party for us.

“We will not recycle old hands. Rather, we will ensure that we bring onboard a new set of team to steer the ship of the party for the next four years.

“Even the party primaries coming up next year will be an open contest by the grace of God. It will be thrown open to all. Those carrying rumors of zoning the governorship ticket are wasting their time. They will be in for a great shocker.

“I have said it often times and I will repeat it again, it will be an open contest. Whoever the party chooses, we will support and we will win the election.

“It can be anybody from any zone of the state. Whoever is interested in contesting for the governorship ticket of the APC in Oyo State should be ready to work for it. It will not be tossed on anybody’s laps.

“That is where the practical aspect of politicking will come to play. Political theory is far different from practical politicking.

“A practical politician will always be in the field canvassing and mobilizing for support, not making noise on the pages of newspapers and the social media.

“APC, as a party, is a progressive-minded institution, hence Oyo State will toe that line firmly. If the delegates at the party primaries decide to vote for a candidate from Ibarapa North as the governorship candidate of the party, so be it. That is who we will work with and ensure we win the election.” “If they are to conduct election in Ogbomoso North local government, nobody can win it except me”- Chief Alao Akala

According to report reaching oyogist.com, former Governor of Oyo State, Chief Adebayo Alao-Akala has reiterated that the only thing that can give the planned Local government election in Oyo State cre
Read More 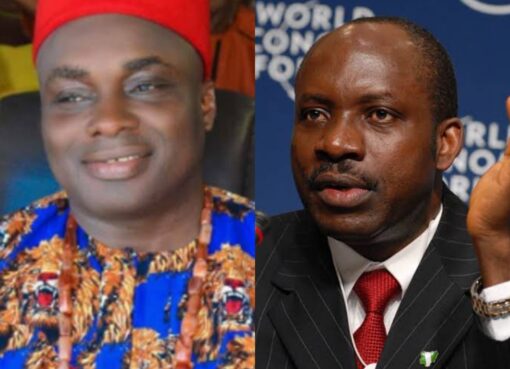 According to reports reaching Oyogist.com, Justice V. C. Isiguzo of Court 9, Owerri High Court has ruled that Chukwuma Umeoji is the authentic candidate of the All Progressive Grand Alliance (APGA) fo
Read More The 2019 Peoples Democratic Party governorship candidate in Imo State, Mr Emeka Ihedioha, has said the judiciary and electoral system in Nigeria are on trial. Ihedioha stated this on Saturday when mem
Read More