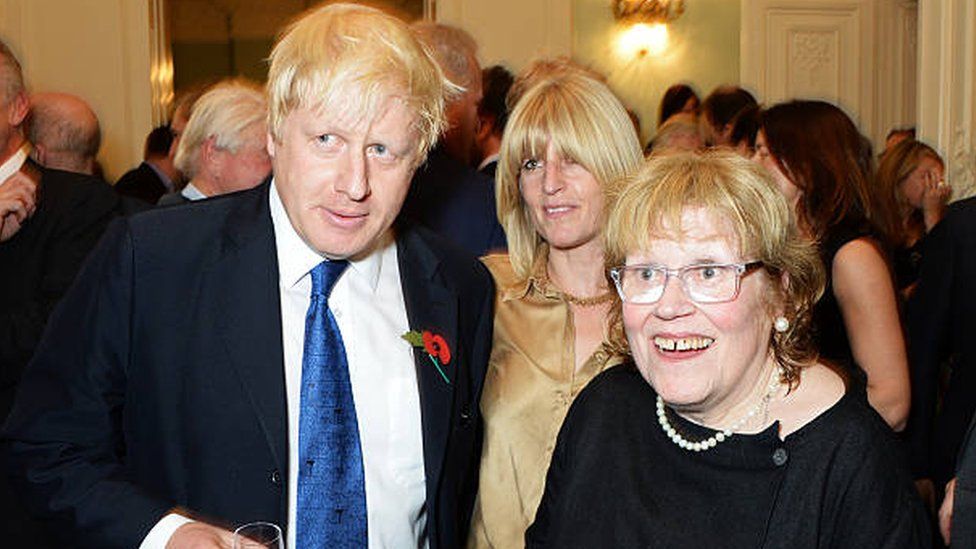 UK prime minister, Boris Johnson is mourning the loss of his artist mother, Charlotte Johnson Wahl, who passed away at 79, Oyogist.com reports.

The family described her death as “suddenly and peacefully”. She died at a London hospital on Monday evening the family said.

She was diagnosed with Parkinson’s Disease at the age of 40 and later became president of the European Commission for Human Rights.

The Prime Minister once described her as the “supreme authority” in his family.

Born Charlotte Fawcett in Oxford in 1942, Mrs Johnson-Wahl was the daughter of the barrister Sir James Fawcett – who was president of the European Commission for Human Rights in the 1970s.

One of five children, she studied English at Oxford University. But she interrupted her education to travel to America with Stanley Johnson, whom she met at Oxford and married in 1963.

The Prime Minister’s son Wilfred was her 13th grandchild. Russian opposition leader Alexei Navalny has asked the EU to impose sanctions on Russian oligarchs related to the Kremlin including the owner of the Chelsea football club Roman Abramovich, called Vlad
Read More British tycoon Richard Branson has warned that his part-owned airline Virgin Atlantic will collapse unless it receives financial aid from the UK government to weather the coronavirus crisis. “We will
Read More