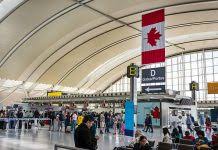 Oyogist has learned that the Tanzania Atomic Energy Commission (TAEC) has initiated plans to commence preparations for the construction of a 20 billion Tanzanian shillings (about 8.6 million U.S. dollars) food storage facility.

Mdoe said the facility to be constructed at Mbezi Luis in the suburbs of the commercial capital Dar es Salaam is projected to play a vital role in expanding and modernizing the country’s capacity in professional food storage.

He said basic processes for the project have already been finalized, as the facility is projected to expand the country’s ability to export foods and other agricultural products abroad at recommended standard and quality. OYOGist.com has learned that the Nigerian Senate has reportedly called on the federal government to repair the damaged infrastructures which were damaged by the hoodlums during the #Endsars protests.
Read More Ondo state is to start assembling cars in the Linyi industrial hubnsituated at Ore, in Odigbo local government area of the state with the first assembled trucks to be delivered in June, this year. Chi
Read More Oyogist.com learnt that several Hoodlums have attacked Television Continental, TVC office building in Ketu, Lagos area of Nigeria. The hoodlums are currently burning equipment and cars. Most of the co
Read More