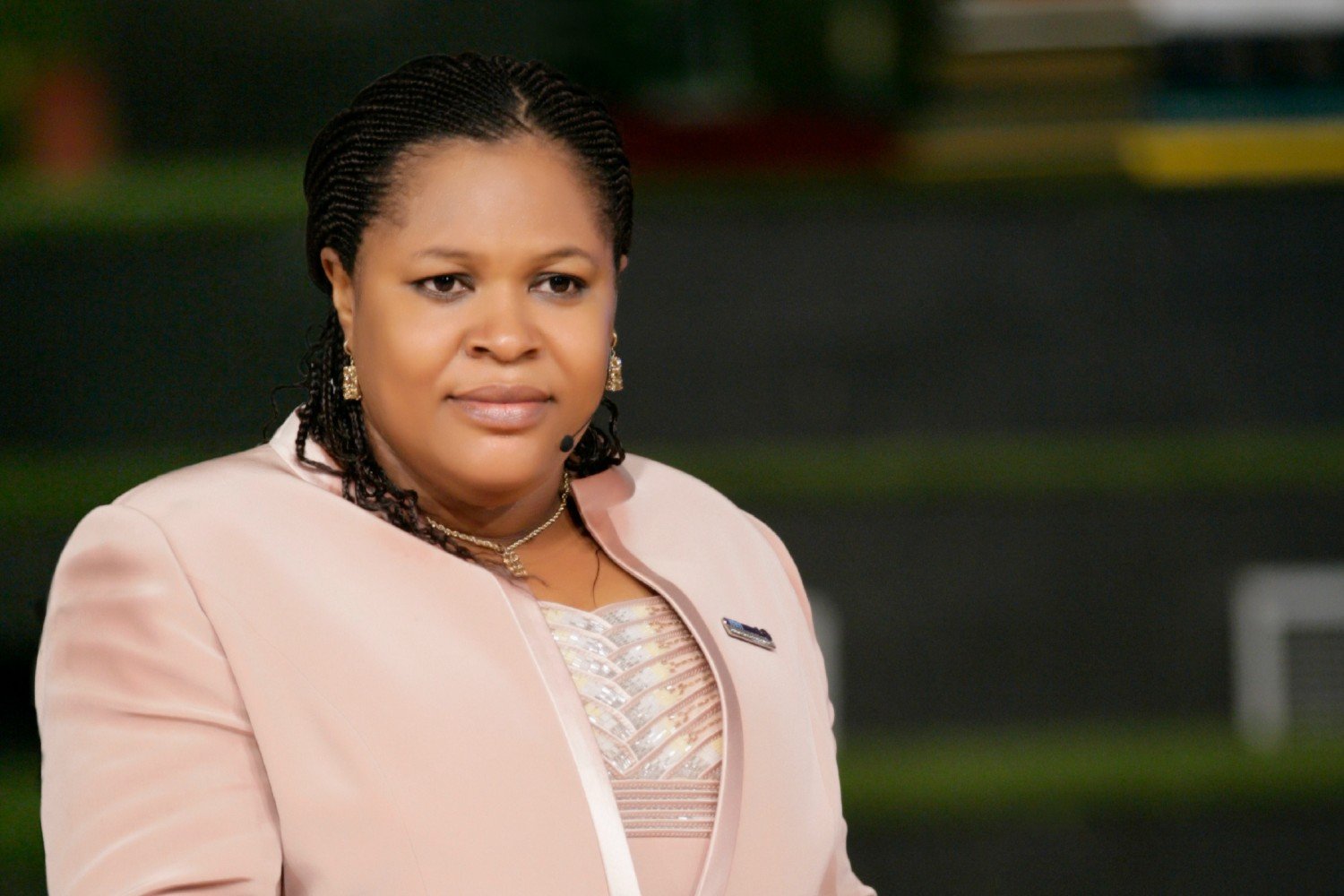 Oyogist.com has learned that Mrs Evelyn has been rejected as the new leader of the Synagogue Church of All Nations (SCOAN) founded by late Prophet Temitope Joshua.

This is coming few days after late Prophet Temitope Joshua, Evelyn Joshua was announced as the new overseer of the church.

Those against Evelyn’s emergence said the late founder expected his successor to be from among the Pastors in the Church whom he had anointed. They claimed that the rule has been swept aside by a few members whom they alleged were building stumbling blocks against the progress of the Church.

In a statement in Akure under the auspices of Global Congress of SCOAN Members, (GCSM-) and signed by one Adedeji Opeyemi, President of GCSM and Secretary, Mr. Brown Chimieze, the SCOAN members called on all Christians and people all over the world to help in sustaining the church from ruin.

The statement said the biggest task was to honour the last wish of Prophet TB Joshua and keep his flag flying.

They said: “We are worried about the emergence of Mrs Evelyn Joshua, the wife of the late founder who made unilateral declaration of herself as the new leader of the Church.

“Pastor TB Joshua never ran the Church on the basis of profit. Today, there is a design by the newly self- imposed leader, Mrs Evelyn Joshua to commercialise every activity in the Church for money.

“Mrs. Evelyn Joshua is not a Pastor. She was never anointed by Pastor Joshua. She was not part of the founding members of the Church. What is the basis of her emergence as the person now parading herself as the new leader?

“Under the aegis of SCOAN Congress, made up of members from 188 countries, we shall continue to inform and educate the public, peoples all over the world on every development at SCOAN until wisdom, the ways of God and common sense prevail.” OYOGist.com has learned that the Nigerian evangelist living in Malaysia has allegedly killed himself. The Nigerian man, believed to be his late 30s known as Evangelist Nwabueze Franklin Kelechi, has d
Read More The United Kingdom has appointed an interim manager for a religious charity of Nigerian origin.  The interim manager will have the power to review the charity’s financial and governance processes
Read More The general overseer of The Redeemed Christian Church Of God, Pastor Enoch Adeboye announced on Sunday, June 14th that the church can start the usual religious gathering from next week Sunday at desig
Read More