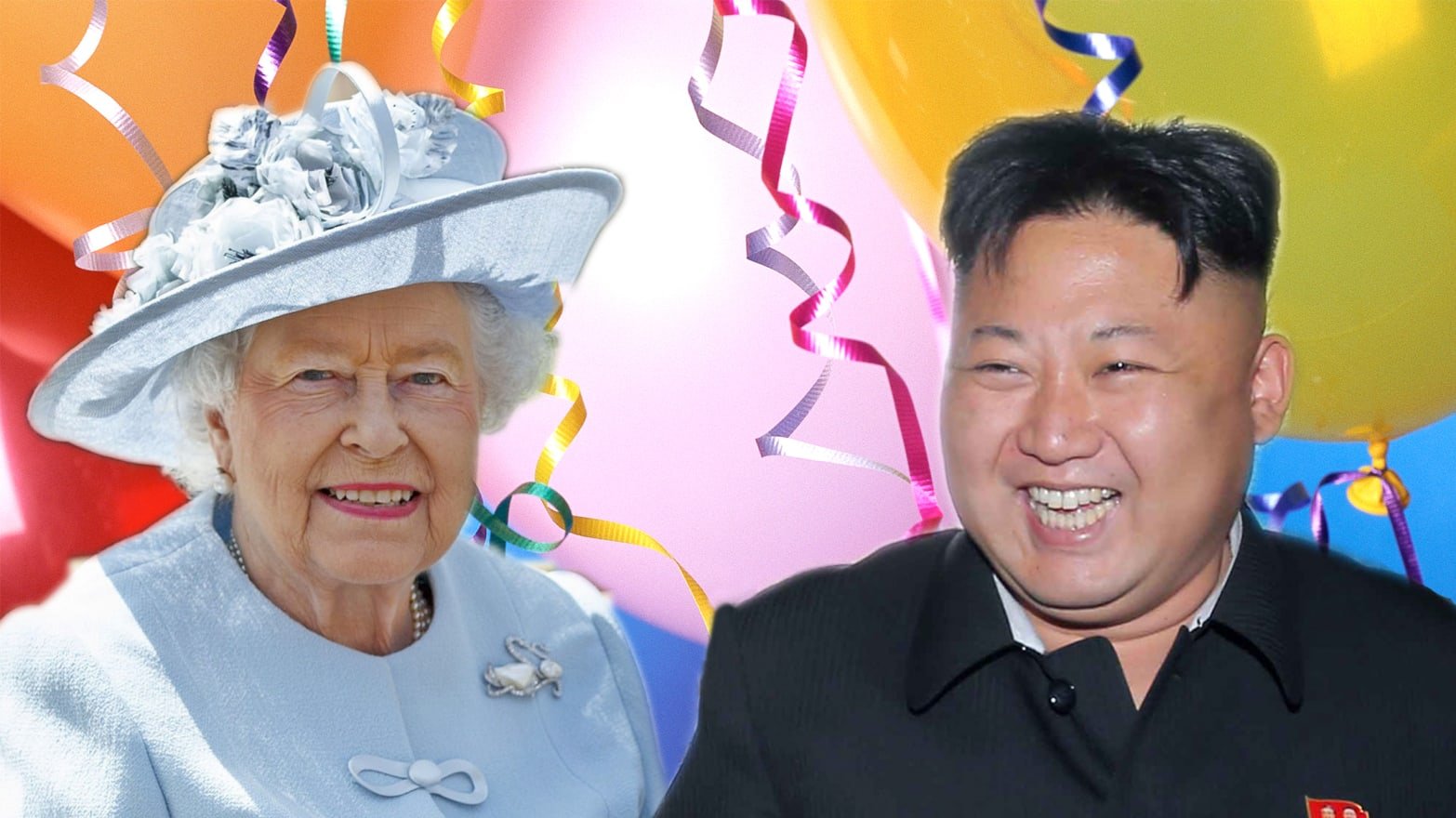 According to report reaching oyogist.com, the Queen has sent a message to Kim Jong-un on the occasion of North Korea’s national day.

North Korea’s national news agency, KCNA, shared the news of the Her Majesty’s message, which was sent on September 7.

The statement said: “Kim Jong Un, president of the State Affairs of the Democratic People’s Republic of Korea (DPRK), received a message of greeting from Elizabeth II, queen of the United Kingdom of Great Britain and Northern Ireland, on September 7.”

The message from the Queen read: “As the people of the Democratic People’s Republic of Korea celebrate their national day, I send my good wishes for the future.”

North Korea’s national news agency, KCNA, shared the news of the Her Majesty’s message, which was sent on September 7

A Buckingham Palace spokesperson confirmed to The Mirror the message was sent on behalf of the Queen. The Daily Beast had been the first to notice the tweet and message.

The Kim regime have been in control of the nation since its establishment in 1948, with current tyrant Kim, 37, having become the third generation to assume when his father died in 2011.

North Korea celebrated its 73rd national since its foundation last week, with a newly-slimline Kim Jong-un making a rare public appearance watching thousands of his troops march in Pyongyang.

He has been seen less frequently in recent months amid fears over his weight – with citizens reportedly banned from talking about his new look.

Kim has been seen less frequently in recent months amid fears over his weight – with citizens reportedly banned from talking about his new look.

But he stood on full display as paramilitary and public security forces from the Worker-Peasant Red Guards marched in Pyongyang’s Kim Il Sung square, the official KCNA news agency said.

Some conventional weapons were also on display, including multiple rocket launchers and tractors carrying anti-tank missiles.

But no ballistic missiles were seen or mentioned in the reports, and Kim did not deliver any speech, unlike last October when he boasted of the country’s nuclear capabilities and showcased previously unseen intercontinental ballistic missiles during a pre-dawn military parade. Russian President, Vladimir Putin has officially signed a law on constitutional changes that could keep him in power for another 16 years.  The Kremlin has revealed in a statement that
Read More Oyogist.com has learnt that US Democratic presidential candidate, Joe Biden, has told President Donald Trump to pack his belongings and leave the White House. Biden said this while delivering his fin
Read More Kanye West recovers from Twitter outburst, hangs out with friends

Artist, Kanye West, is doing better after he put his thoughts into words on Twitter. The artist talked about a number of things which worried him ranging from how his children will never do “playboy w
Read More