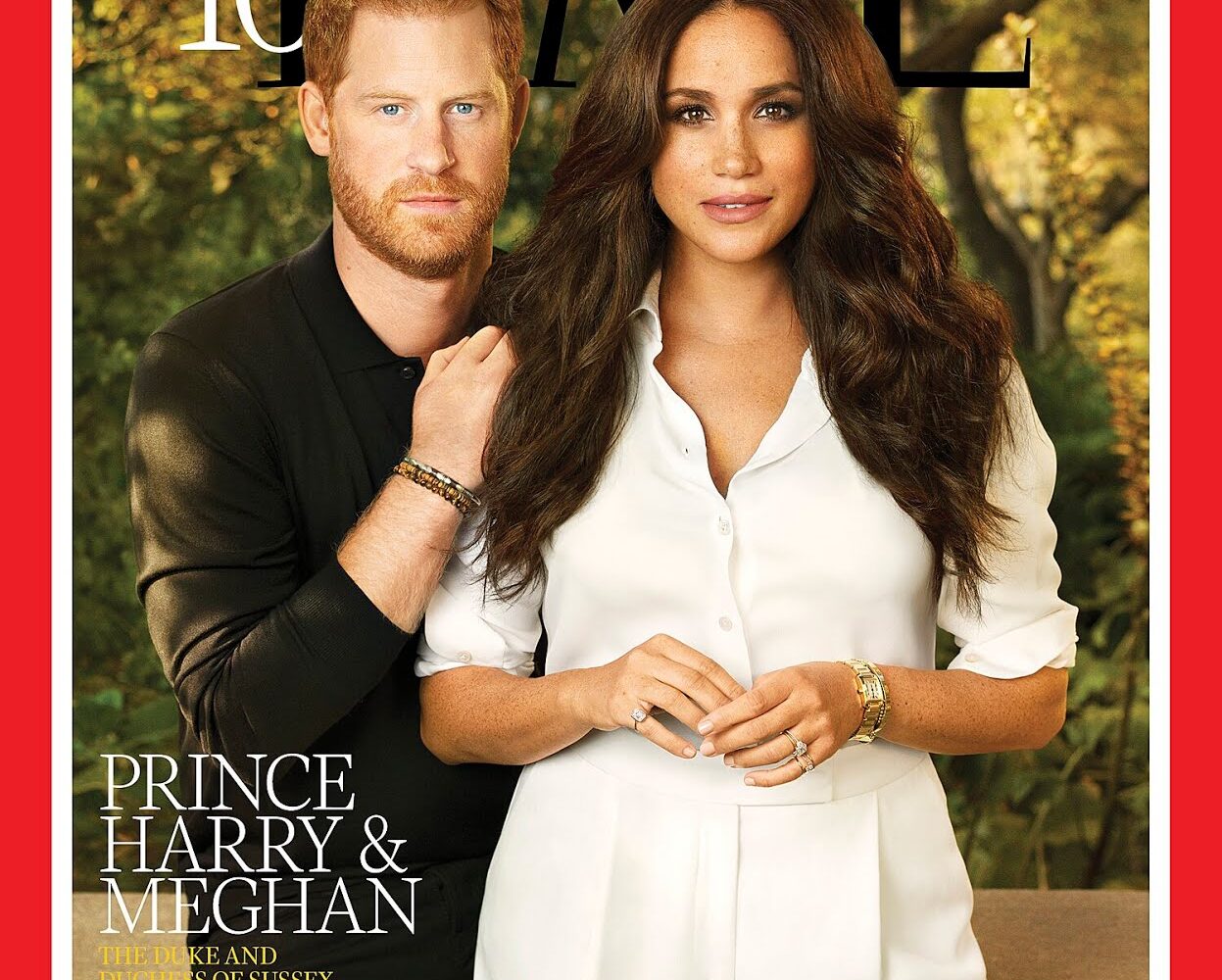 Oyogist com has learned that Prince Harry and Meghan Markle had made it to TIME 100 Most Influential People list.TIME released the full roster of honorees on Wednesday, 15th September which happened to also be Prince Harry’s birthday.

This was released before the annual special edition hits newsstands on September 17, and this new portrait marks the first time the couple has formally posed together for a magazine cover shoot.

“Springing into action is not the easy choice for a young duke and duchess who have been blessed through birth and talent, and burned by fame,” José Andrés, founder of World Central Kitchen, writes about the couple. The non-profit, which has now delivered more than 500,000 hot meals to earthquake-stricken Haiti, is an official partner of Harry and Meghan’s Archewell Foundation.

“It would be much safer to enjoy their good fortune and stay silent,” he adds. “That’s not what Harry and Meghan do, or who they are…. In a world where everyone has an opinion about people they don’t know, the duke and duchess have compassion for the people they don’t know. They don’t just opine. They run toward the struggle.” OYOGist.com has learned that a man reported to be mentally unstable has allegedly stabbed a monarch to death in Ekiti state. Odo-Oro-Ekiti, a community in Ikole Local Government Area of Ekiti state, w
Read More Ondo Monarch Sends Relief Items To The Aged In The State

As part of efforts to alleviate the effects of the COVID-19 lockdown order on his subjects, His Imperial Majesty, Oba Dr. Victor Adesimbo Kiladejo, CFR, the Osemawe and Paramount Ruler of Ondo Kingdom
Read More