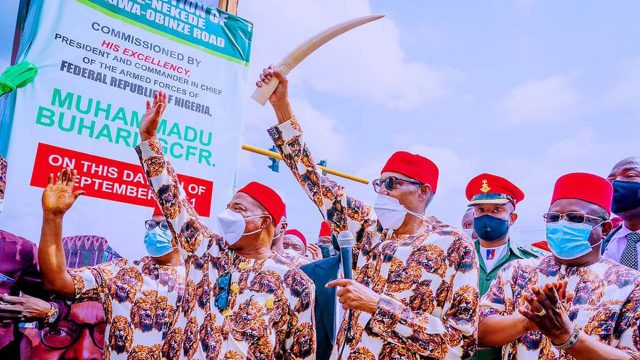 President Buhari said that he would want to be remembered as the President who stabilized Nigeria in the area of security, economic prosperity and triumph over corruption, Oyogist.com reports.

The President stated this at a town hall meeting with SouthEast leaders during his one-day official visit to Imo State on Thursday September 9.

He said with less than two years left in his eight-year tenure as President, security still remains a major priority for his administration.‘

‘If there is no security, there is nothing anyone can do no matter how much you try or the initiative you have.

Security is number one priority and then the economy. When people feel secure they will mind their own business,’’ he said.

The President told South-East leaders that while fighting corruption in Nigeria had become very sophisticated and difficult, he would continue to strive to leave a lasting legacy of integrity and accountability in the system.

‘Nobody can accuse me of having companies or mansions anywhere in the country and I thank God that I try to keep myself as clean as possible, so that I cannot be taken, hostage.

‘I will do my best to ensure that Nigerians that try hard, succeed in their efforts,’’ he said.

On the forthcoming 2023 elections, the president reaffirmed his commitment to free, fair and credible polls.

He, however, urged the leaders to honestly educate their constituents on the need to hold their elected representatives accountable. 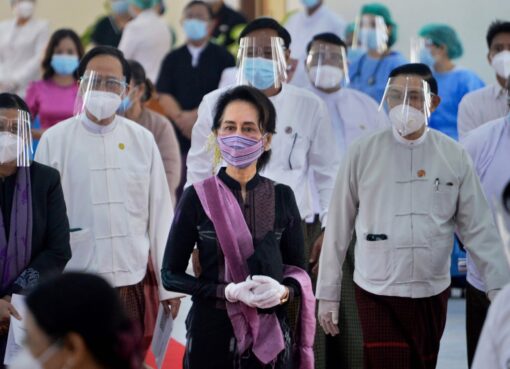 The embattled honourable member of the House of Representative, Hon. Shina Peller, who was arrested by the Maroko Police force in Lagos state and had his club, Quilox, sealed off for obstruction of tr
Read More “I Am The Same Age With Your Mentor,” Ngige Calls Faleke a Small Boy From Kogi

According to report reaching OYOGist.com, the Honorable Minister of Labour, Senator Chris Ngige has reportedly blast a member of the House of Representatives, Hon. James Faleke, calling him a 'small b
Read More