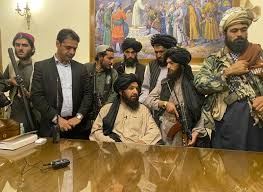 Oyogist has learned that several Donors have pledged over $1bn to help Afghanistan avert an impending poverty and hunger crisis, following the Taliban invasion.

The UN had hinted on a mass humanitarian crisis in the region.

Afghanistan, which has already suffered through four decades of wars and instability, is facing a humanitarian crisis of enormous proportions, UN Secretary-General Antonio Guterres said during a conference on Afghanistan.

Guterres said the UN could not yet determine how much money had been pledged in response to its direct appeal for $606m and how much was promised to support other efforts or neighbouring countries. The United Arab Emirates has launched an online marriage service that allows couples to wed amid restrictions on movement and interaction imposed to counter the deadly coronavirus. The UAE has taken s
Read More