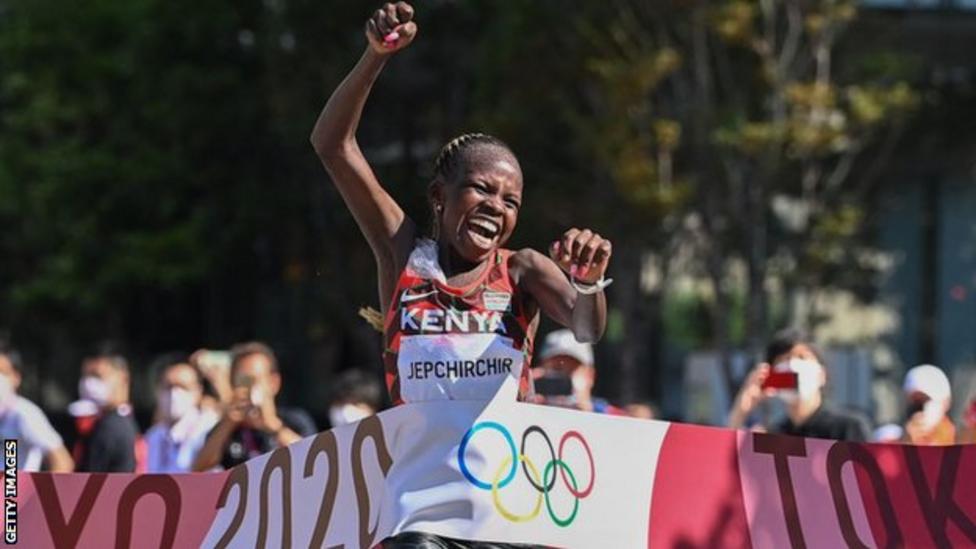 Oyogist has learned that Kenyan Athlete, Peres Jepchirchir emerged victorious in the women’s marathon at Tokyo 2020.

The race Initially was moved from 07:00 to 06:00 local time due to the forecast temperatures.

Why ‘Sugar Rush’ was banned in cinemas ― NFVCB ﻿

The National Film and Video Censors Board (NFVCB) has reacted to Nigerians agitation that the movie “Sugar Rush” be returned to cinemas. NFCVB in its reaction to the #BringBackSugarRush trend on Twitt
Read More The Special Adviser to the President on Media and Publicity, Femi Adesina, has faulted those demanding that the President, Maj. Gen Muhammadu Buhari (retd.), addresses Nigerians on the COVID-19 pandem
Read More The Nigeria Center for Disease Control (NCDC) has confirmed 14 new cases of coronavirus in Nigeria, with the new cases bringing the number of confirmed cases in the country to 111.
Read More