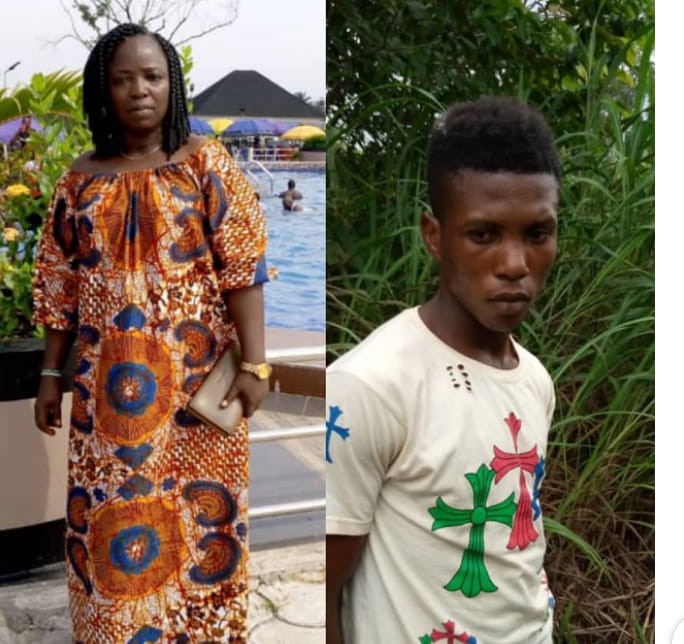 The ritualists also removed the eyes and private parts of the deceased and dumped her remains in a bush in the community.
The deceased identified as Pat, a native of Otughievwen, Ughelli South Local Government Area reportedly went missing on Tuesday 27 July, when she left her home to a nearby Community to buy pepper and sundry vegatables for sale along Sapele Road, Effurun, Uvwie.

The State Commissioner of Police, Ari Mohammed Ali, who confirmed the incident in a statement said the decomposing body of the woman was found in the bush on Tuesday, following the arrest of one suspect, Onoriode Simon Akpoavirhi, 25, the Okada rider who carried her on that fateful day.

“Sequel to the missing person report received by the Command on 2/8/21 at about 1456hrs of one Mrs. Patience Komore aged 50yrs, who disappeared after leaving for Umeh market in Isoko south LGA to get fish. I directed the Divisional police officer Oleh to unravel the mystery behind her disappearance,” the CP stated.

“The DPO Mobilized police operatives, vigilante, and community leaders who continuously worked together and gathered information regarding the case. Acting on a tip off, on 3/8/2021 at about 1300hours, One Onos Simon m’ age 25yrs an Okada man was arrested, the Okada rider was the same person who carried the woman on that faithful day. On interrogation, the suspect confessed to the killing of the missing woman Mrs. Patience Komore in connivance with one Akpoghene Shoemaker ‘m’ now at large.

“They raped her and robbed her of the sum of forty thousand before killing her using a machete. Not only did they kill her, they also removed her eyes and private part for ritual purposes. Suspect also confessed that one lucky Daniel of Ohoro town contracted them to bring the body part for him after paying them one hundred thousand naira (#100,000). 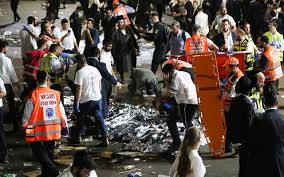 Dozens killed in stampede at a Religious Gathering in Mount Meron, Isreal

Oyogist.com has learned that not less than 44 people have been confirmed dead following a stampede at an over-crowded religious bonfire festival in Mount Meron, Israel Earlier today. The Isreali Prime
Read More 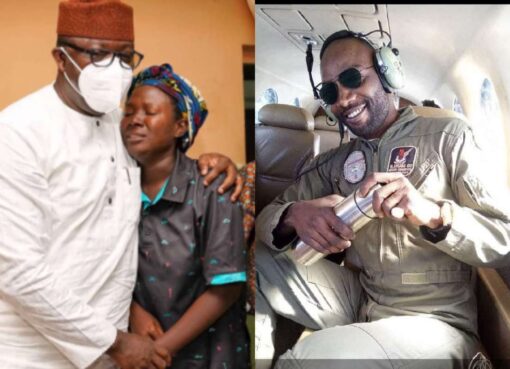 Oyogist.com has learnt that the Governor of Ekiti state, Kayode Fayemi, has conducted a condolence visit to the wife of an air force personnel who was among those that died in the recent Abuja Plane C
Read More The police station in Lagos state, orile Local Government was set on fire after a policeman shot two men.Oyogist.com gathered that one of the victims who happens to be a young boy was said to be shot
Read More