According to report reaching oyogist.com, the Oyo State House of Assembly has confirmed the appointment of all seven commissioner-nominees forwarded to it by Governor Seyi Makinde of the state.

Recall that Makinde had last month sacked all his seventeen commissioners after they had spent two years in office.

The governor had a few days ago, forwarded names of seven of the sacked Commissioners to the Assembly for ratification.

The lawmakers confirmed the appointment on Thursday.

Speaker of the Assembly, Adebo Ogundoyin, noted that the appointment is a rare opportunity for the appointees to serve the state.

“I say congratulations to all our seven returning Commissioners on their reappointment.

“This is a great privilege and another rare opportunity for you to continue in your various Ministries, and also another chance to serve the people of Oyo State.

“I, therefore, advise that you take note of all the questions and observations made by the Honorable Members towards moving Oyo State forward.” 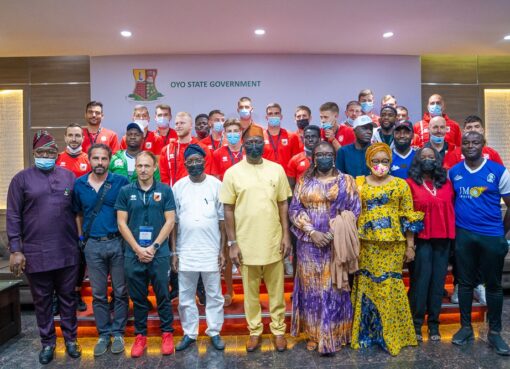 A group of herders from the Gan Allah Fulani Development Association of Nigeria have taken the State Governor of Oyo State, Engineer Seyi Makindo, to court over the anti-open grazing law that was pass
Read More A mini coffin suspected to contain fetish materials used to hypnotise victims was found with a 38-year-old suspected Yahoo Boy, Azeez Adebowale, when operatives of the Economic and Financial Crimes Co
Read More