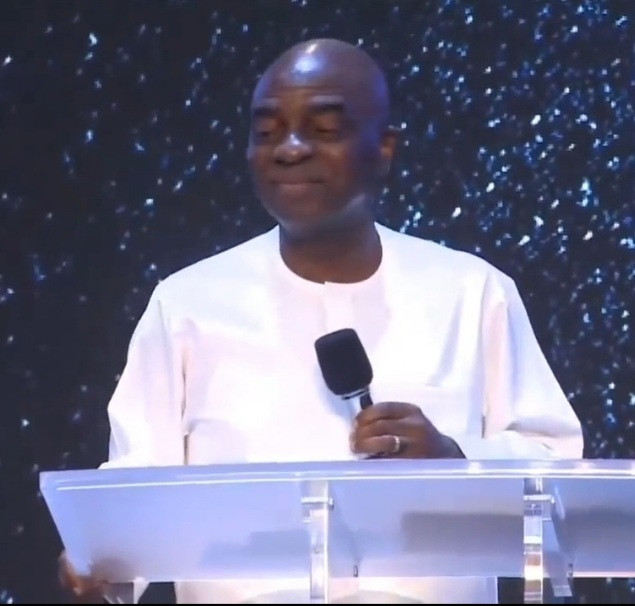 Oyogist has learned that Bishop David Oyedepo, the Founder of Living Faith Church Worldwide, aka Winners Chapel has finally opened up regarding the sack of some pastors in his church.

Recall Oyogist had earlier reported that a pastor Identified as Peter Godwin alleged that he and over 40 other pastors were sacked in Ekiti state for not generating enough income from their branches.

Another pastor named InChristed Michael also opened up as a “victim” and added that many more pastors were fired in other states.

While Reacting to this David Oyedepo said the pastors were sacked because they were blatant failures who weren’t bearing fruits.

He said: “I learnt some fellow said we asked them to go because they’re not bringing income. “We asked you to go because you’re unfruitful. Unfruitful blatant failure… doing what there? “We have no patient with failure here.”

Speaking on the social media critics Oyedepo said they were all silent when he employed pastors on a large scale.

“When we employed 7000 pastors at once social media was dead,”Oyedepo said.

He added: “We have more employees in this organization than most states in Nigeria. No one is owed a dime salary and we don’t borrow, we don’t beg. Ask our bank whether we take overdraft.

“We’re covenant bond people, walking in the light of God’s word, enjoying an open heaven. “We have fully delivered the first phase of 1,000 plus buildings in the rural churches. None of those churches can generate that fund in the next 30 years.

“No, we’re hunting after souls. Money? Nonsense. We’ve never lacked it and yet we’ve never prayed for it.” The government of Katsina State have lifted the suspension placed on Friday Muslim Prayers with immediate effect. This announcement was made by the Katsina State secretary to the state government, Alh
Read More I Meant Coronavirus Would Vanish Spiritually and Not Physically – T.B Joshua

Head pastor and founder of the Synagogue Church of All Nations (SCOAN), Prophet Temitope Balogun Joshua (T.B. Joshua), in the wake of the coronavirus pandemic, prophesied that the global pandemic woul
Read More