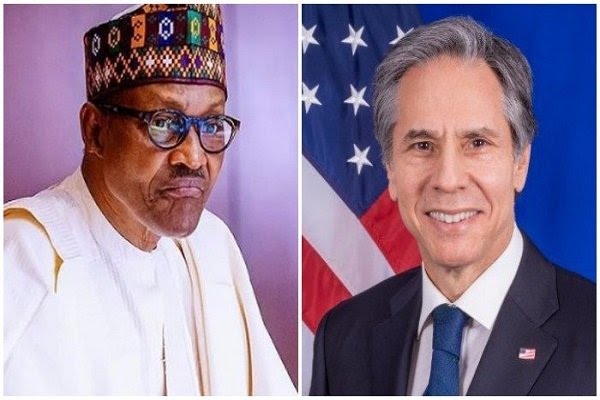 Oyogist.com has learned that the United States government has called on the Nigerian Government to respect the rights of its citizens to freely express themselves by reversing its suspension of Twitter’s operations in the country.

According to a statement issued on Thursday evening by the spokesperson of the Department of State Ned Price, the US explained that freedom of expression and access to information are both essential ingredients in any democratic setting.

The Statement strongly condemns the suspension of Twitter and to threats issues to the citizens if caught using Twitter.

“The United States condemns the ongoing suspension of Twitter by the Nigerian government and subsequent threats to arrest and prosecute Nigerians who use Twitter.

The United States is likewise concerned that the Nigerian National Broadcasting Commission ordered all television and radio broadcasters to cease using Twitter.

“Unduly restricting the ability of Nigerians to report, gather, and disseminate opinions and information has no place in a democracy”, the statement reads.

Recall that the Minister of Information has also relayed that for Twitter to start operating again, they are some conditions they would have to meet which included that they must be registered as a Nigerian company and must be licensed. According to Reports reaching Oyogist.com, Five out of 69 prisoners who managed to escape from jail in a prison near Beirut have been confirmed dead. According to eyewitness, the prisoners were spotte
Read More “Jonathan should not disgrace himself by running for 2023 Election”- Dr. Gololo

According to report reaching oyogist.com, Dr. Garus Gololo, a chieftain of the All Progressives Congress (APC), has warned former President Goodluck Jonathan to be wary of the governors who are visiti
Read More “ Every vote must be counted. Donald is lying” niece tackles Trump

Donald Trump’s niece, Mary L Trump has tackled the US incumbent President’s self-declaration as the winner of the 2020 elections in a tweet, OYOGist.com reports.
Read More