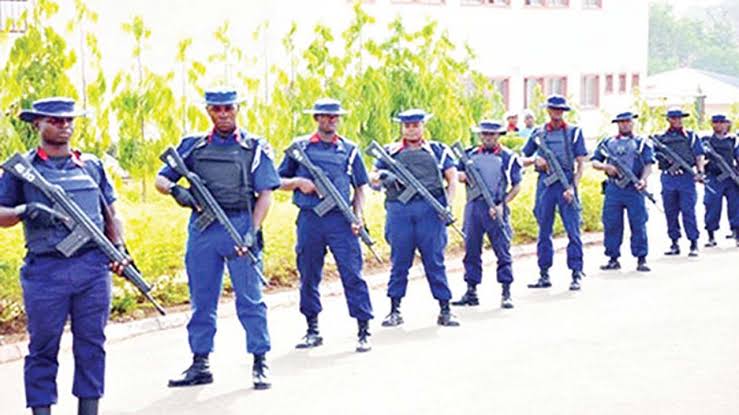 According to reports reaching Oyogist.com, A commercial bus driver has been reportedly shot and killed by an officer of the Nigerian Security and Civil Defence Corps (NSCDC) attached to the Rivers State Task Force.

It has been gathered that the incident took place on the Ada George Road in Ohio/Akpor Council of the State, the dead driver was conveying passengers when a vehicle carrying the task force officials attempted to over take him, but he had refused for this to happen and maintained his own lane.

The task force operatives had hit the commercial bus driver in the process of overtaking him which fueled the drivers anger as he blocked the task force vehicle and insisted that they repaired it.

The driver further called on some of his colleagues, who immediately joined him to demand repairs of his vehicle, but as the task force and NSCDC officials refused to their demand a fight had ensued between the two parties.

As situations became worse, the task officials escaped but an NSCDC official who was caught up in the uproar had released his gun into the air in the process shooting the driver.

The NSCDC official escaped as the drivers scampered for safety following his gunshots, it has been gathered that the driver died while being taken to the hospital.

The death of the driver caused serious chaos in the area, as angry commercial bus drivers reinforced and blocked the NTA/Mgbuoba road for several hours, making it impossible for vehicles to pass.

The Spokesman of the Police Public Relations Officer, Nnamdi Omoni ,confirmed the incident when contacted.

“Yes, I am aware that an NSCDC officer attached to the state task force shot a commercial bus driver, but calm has returned to the area as our men have been mobilised there”, he said 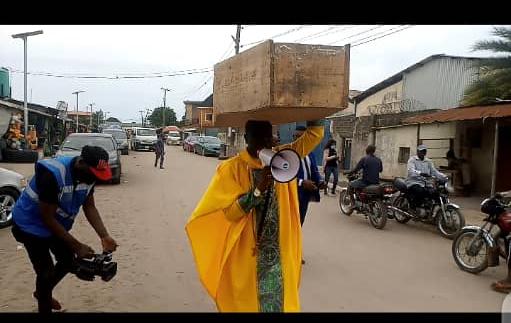 Oyogist.com has learned that the General Overseer of Resurrection Praise Ministry International, aka ‘Jehovah Sharp-Sharp,’ Archbishop Samson Mustapha Benjamin,has been spotted with a coffin while pro
Read More 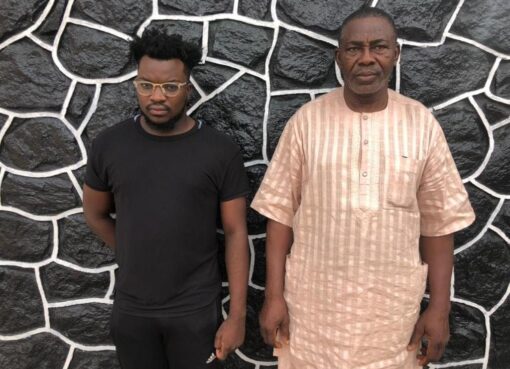 During the course of investigation the father came to claim ownership of the Range Rover,one of the items recovered from Malik worth over 46 million.
Read More 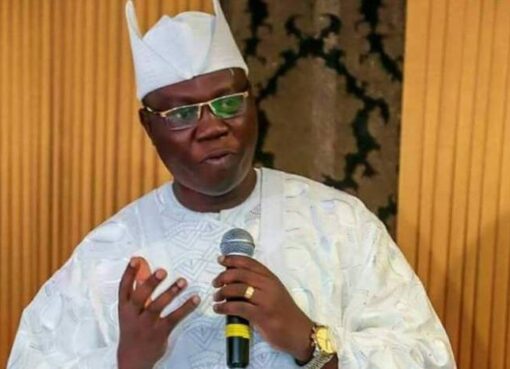 According to report reaching oyogist.com, the Aare One Kakanfo of Yoruba land, Iba Gani Adams, has noted that the 1999 constitution of Nigeria is the major cause of the country's problem and that a ur
Read More