According to report reaching oyogist.com, Oyo Governor, Seyi Makinde, says fiscal federalism and devolution of powers remained the only ways to take Nigeria out of its problems.

Makinde said true federalism is the future of democracy in the country and urged the federal government to allow States have more powers.

Makinde spoke at the International Conference Centre, University of Ibadan, on Tuesday, during his keynote address at the maiden Seyi Makinde National Democracy Summit.

In attendance were Ondo Governor, Rotimi Akeredolu, represented by the Commissioner of Justice, Charles Titiloye; ex-Edo Governor, Professor Osariemen Osunbor, the Director-General of the Nigerian Institute of International Affairs (NIIA), Professor Eghosa Osaghae, among others.

Makinde said: “As we continue to deliberate on the future of democracy in Nigeria, let us remember that true federalism is the way forward. Restructuring the Nigerian state, and giving the federating units more powers is the route to economic prosperity.

“We are the Federal Republic of Nigeria, but our federalism exists in name only. Students of political history will tell you that what we have been practising is, in fact, a unitary system of government – where more powers are concentrated in the central government.

“There is so much power at the centre and another thing that our political theorists will tell you is that by nature, a unitary system of government is better suited for small countries, maybe countries with flat ethnic nationalities.

“Nigeria is not a small country and very diverse. You can easily identify why we are experiencing developmental challenges across the board. We are trying to fit a square peg into a round hole.

“For true federalism to thrive, the federating units should have more powers and autonomy. The legislature is also fighting for autonomy, which has shown that we have to devolve.” 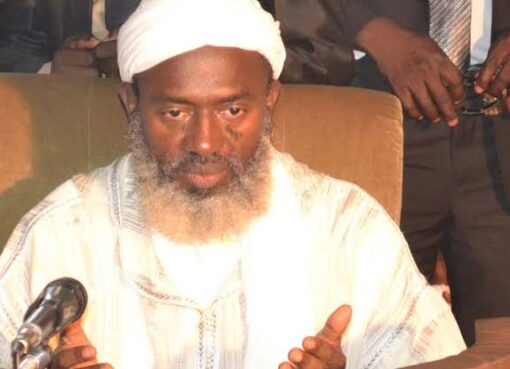 According to report reaching oyogist.com, controversial Islamic cleric, Sheikh Ahmad Gumi has accused the Nigerian government of knowing the hideouts of killer herdsmen and bandits. The cleric made th
Read More According to reports reaching Oyogist.com, the Nigerian Police Force and other military operatives are reportedly set for a showdown with the Nigerian youths over the second phase of the #EndSARS prot
Read More There have been several on going attacks in Northern Nigeria with bandits and Boko Haram terrorists hitting communities of civilians and killing people in scores.
Read More