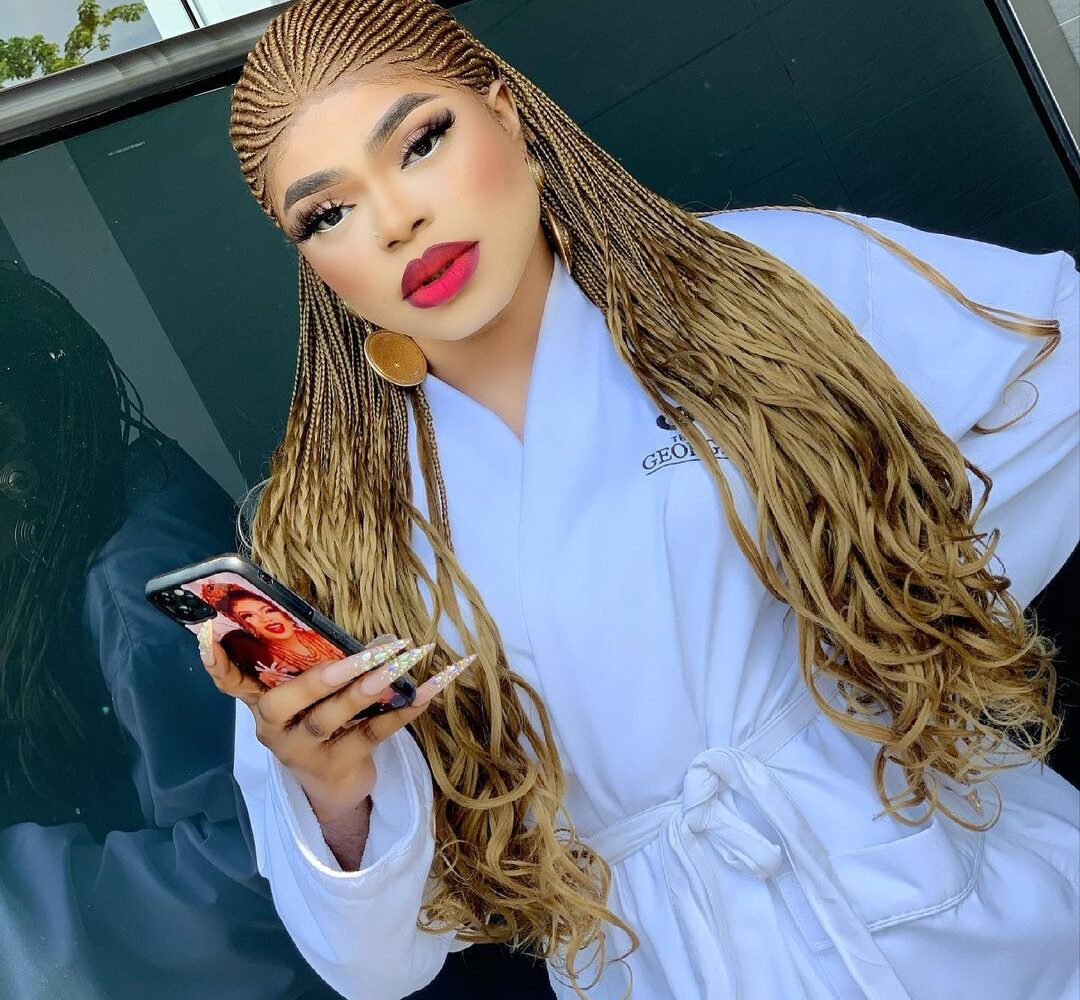 Queen of all cross dressers, Idris Okuneye popularly known as Bobrisky cries out once again about the pain she has been going through since after her surgery, Oyogist.com reports.

Recall that the social media influencer who had undergone a butt surgery recently had apologized to her fans about her absence on social media as she claimed she has been in pains as a result of her butt surgery.

Earlier today, Bobrisky has made known on her Instagram page that she has been hospitalized since two nights ago as a result of the pain from her surgery.

She claims she was aware there will be pains before the surgery, so he has no regrets as there is “no pain without gain”.

I was rushed to d nearest hospital two nite ago cos I was having massive pain on hips 😫😫😫.No regret !!! Banging body loading… massive pain was already expected. Now my market fee has increased. You all need to see my hips 😫😫😫😫 is damn big and sexy” BBlucy has been selected as the Head of House and she selects Praise as the deputy Head of House. BBLucy BBPraise https://oyogist.com/2020/07/breaking-fg-takes-new-decision-on-phase-two-of-lockdown-ex
Read More

“I was very broken,” Jada and Will Smith open up about their relationship

Nollywood stars and power couple, Will Smith and his wife Jada Pinkett both sat at the "red table" today to talk about their marriage and Jada's alleged fling with August Alsina, OYOGist.com reports.
Read More