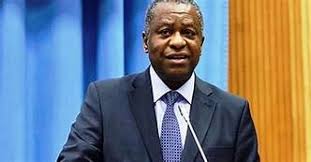 Oyogist has learned that the Federal Government of Nigeria has given a condition to lift the indefinite suspension of Twitter in Nigeria.

According to Minister of foreign affairs, Godfrey Onyema, “Restoring Twitter’s operations in Nigeria will be restored only if the platform can be used “responsibly.”

Onyema Disclosed this during a meeting with envoys from different countries.

Asked when the ban will be lifted, Onyeama said it hasn’t been decided yet, but added:

“The condition would be responsible use of the social media and that really has to be it.“We are not saying that Twitter is threatening the country or any such thing; why we have taken this measure is to stop them to be used as platforms for destabilisation and facilitation of criminality or encouragement of criminalities,” he said.

He said Nigeria will now sit back and watch social media being used to “destabilise” the country, adding: “We want to use social media for good.”“Differences of opinion is not a problem; everybody will not think alike,” he said.“But lives matter; Nigerian lives matter and we have to do everything we can to preserve Nigerian lives. And when we feel our goals are threatened, actions need to be taken.” Lai Mohammed, minister of information and culture, has declared that the federal government will not rest until social media platforms are regulated, Oyogist.com reports. The minister, in an interview
Read More The immediate-past National Chairman of the All Progressives Congress, Adams Oshiomhole, has accepted the decision of the party’s National Executive Committee that dissolved the National Working Commi
Read More