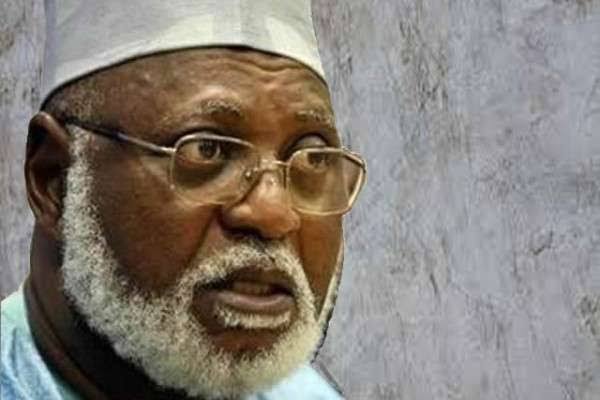 President Buhari in a statement on Sunday released by his media aide, Garba Shehu, Buhari joined family members and friends to celebrate with the leader.

He stated that his legacy of setting the country on the path of democracy and good governance, as well as his passionate pursuit of peace, has continued to yield results.

The President congratulated General Abubakar for another age and appreciated his patriotism and visionary leadership style of always advocating unity, projecting maturity and wisdom on national discourse, and providing a rallying point for the future of the country.

He noted the goodwill that the former Head of State has attracted to the country, particularly sacrificing his time and resources to reach out to individuals and institutions on the need to work for the growth of Nigeria.

President Buhari prayed that God would increase his wisdom, strength, and give him long life to keep serving the country.

Former President Jonathan, in a goodwill message to General Abubakar, commended him for his efforts and contributions to the peace and unity of the country, as well as his role in promoting democracy and passion for service.

“I am pleased to join your family and friends to celebrate on the occasion of your 79th birthday,” he said, adding that the former Head of State “contributed to the peace and unity of Nigeria and many other African nations including Liberia, Niger, Chad, and Sudan.”

“Your role in promoting democracy is underscored by your relentless passion for service and sacrifice.

“Nigerians will continue to honour you for the role you played in our nation’s transition from military to civilian administration, which has flourished for over two decades and produced notable leaders,” the former President said. OYOGist.com has gathered, through a tweet, the leader held a placard with the hashtags seeking justice for the ladies inscribed on them.
Read More President Buhari describes killing of farmers in Maiduguri as insane

President Muhammadu Buhari has described as “insane” the killing of farmers on rice fields at Zabarmari, in Jere government Area (LGA) of Borno State. President Buhari, while reacting to the incident
Read More According to Reports reaching oyogist.com, thehe Code of Conduct Bureau has invited previous Acting Chairman of the Economic and Financial Crimes Commission, Ibrahim Magu, for interrogation over alleg
Read More