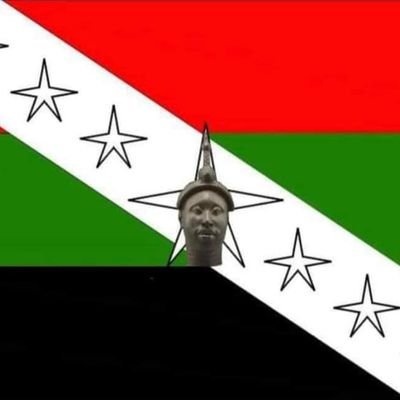 According to report reaching oyogist.com, Yoruba group has raised alarm that Federal government is secretly training 1,000 fulani/Hausas in okitipupa in Ondo State.

The statement reads: “MY FINDINGS ABOUT THE FULANIS/HAUSAS THAT CAME TO OKITIPUPA. I have carried out my independent findings and I find the following as facts and true:

“2. That the fulanis/Hausas that we saw 4days ago who were arrested and transported to Akure by Amotekun, didn’t come that day, but have been coming in batches day before that day.”

“3. That as at yesterday, another set came and are already in the army barracks.

4. That the total number of vehicle that brought them was 31. (One should wonder how come no security agency stopped them on their way)”

“5. That when they got to okitipupa, they headed straight to the Army Barracks, where they are expected to stay for reason best known to those who sent them.”

“7. That the time it took for d C. O to receive d signal caused d said fulanis/Hausas to stay a long time at d gate of d barracks, and this gave their presence out to people and d chairman of local government and Amotekun were alerted.”

“8. By the time d C. O told them to enter into d barracks, the Amotekun and Local government chairman were already there to question whatever thing was happening there.”

“9. The soldiers allowed d chairman to question d said strangers and during d interview, they said they belong to a security network and are sent to the barracks to receive training.”

“10. The chairman asked them if they are soldiers and how come they are to be trained by soldiers when they are not security agents. (They could not answer d questions)”

“11. Apart from saying that they are members of an unknown security network, they have no other reasonable reason for coming into okitipupa in that large number.”

“12. As a matter of fact, they are about 1,000 in number and if they are added to the existing numbers in d Army barracks bush, we will be having about 4,000 fulanis/Hausas in okitipupa.”

“(That figure is enough to run down d entire southern senatorial district and the entire southwest of nigeria).

My conclusion: The federal government under Buhari surely has a mission. As it is, the southwest of nigeria has been surrounded. You may choose not to believe me, but I’m sure of what I am saying. Amotekun is not enough, we need more volunteer security groups like Eastern security network (ESN)”

“LET’S EVERYBODY START LOOKING FOR GUNS. We must also be watchful, lest we are caught unaware. As for me, I know what to do when d time comes. This govt is a terrorist govt. Wale Odusola, a Legal Practitioner, writes from Okitipupa, Ondo State.” Arsenal newcomer says he idolised David Luiz as a youngster.

Arsenal newcomer Gabriel Magalhaes has named Gunners teammate David Luiz as the player he idolised as a youngster and says it’s a “dream come true” to be on the same team as him. On Tuesday, Arsenal
Read More According to report reaching oyogist.com, Edo State Governor, Mr Godwin Obaseki, on Monday urged the state Commissioner of Police, Johnson Kokumo, to appeal to officers and men of his command to retur
Read More According to report reaching oyogist.com, the Inspector General of Police, IGP, Mohammed Adamu, has charged officers to protect themselves if assaulted. Mohammed gave the directive during a visit to t
Read More