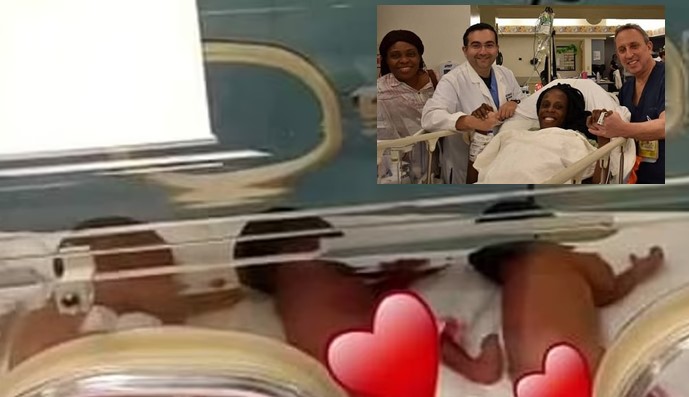 Oyogist.com has learnt that a Malian woman has given birth to nine babies at once.

She joins a very small pantheon of mothers of nonuplets.

The 25-year-old Halima Cisse’s pregnancy had fascinated Malians and attracted the attention of its leaders.

Doctors in the country had in March 2021 told Cisse she needed specialist care and the country’s authorities flew her to Morocco, where she gave birth.

“The newborns (five girls and four boys) and the mother are all doing well,” Mali’s health minister, Fanta Siby, said in a statement, according to NAN.

Ultrasounds conducted in Morocco and Mali had indicated that the 25-year-old was expected to give birth to seven babies, meaning that the checks missed two of the siblings. All were delivered by caesarean section.

Medical complications in multiple births of this kind often mean that some of the babies do not reach full term. Singer, David Adeleke, popularly known as Davido, has announced that his fiancee and the mother of his son, Chioma who tested positive to COVID-19 on the 27th of March, 2020 has now tested negative, O
Read More Nigerian photographer, Seun O, who underwent a Coronavirus test after attending the 7th edition of the AMVCA weeks ago, has confirmed that he tested positive for Coronavirus. Recall it was earlier rep
Read More (Coronavirus): Italian Man Threatens To Run Away Due To Poor Treatment Condition

The patient, an Italian, was confirmed to have the virus on Friday morning, three days after he arrived in the country. He flew in from Milan, Italy, into Lagos before heading to Ogun state where he f
Read More