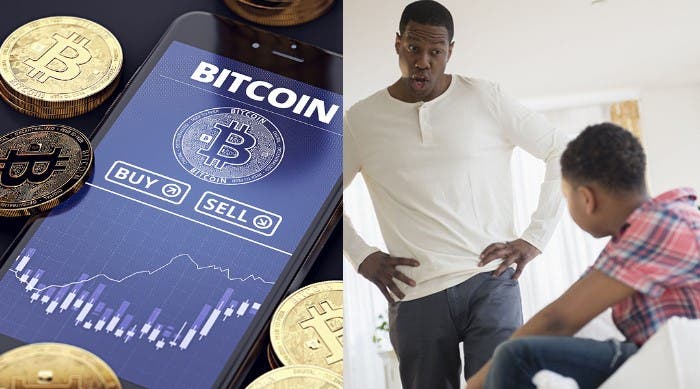 Oyogist.com has learned that a Nigerian father has expressed disappointment after he discovered his son used his school fees to buy Bitcoin.

According to a Twitter user who narrated the incident, @Irunnia_, he had to prevent his father from inflicting pain on his younger brother after hearing what he did.

”So my junior brother used his school fees to buy Bitcoin. I have spent the last 2 hours trying to stop my father from killing him” The Tweet read. Oyogist.com reports that President Muhammadu Buhari has reacted to the saga rocking the Niger Delta Development Commission (NDDC). President Buhari expressed determination to get to the root of the pr
Read More