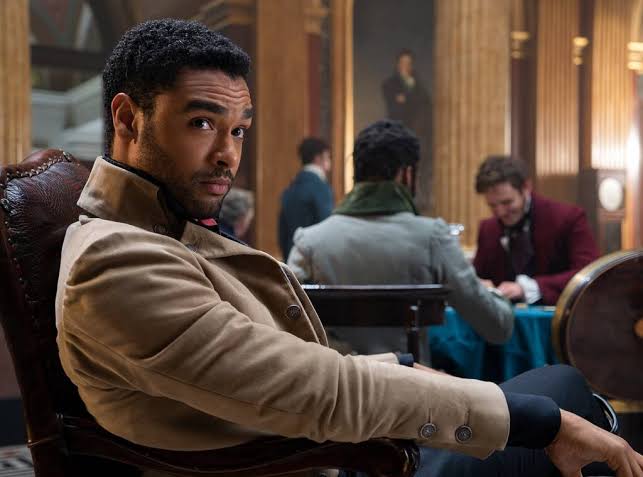 The official pages for Bridgerton has announced that the Duke of Hastings, Simon Basset will not return for the second season of the show, OYOgist.com reports.

“Dear Readers, while all eyes turn to Lord Anthony Bridgerton’s quest to find a Viscountess, we bid adieu to Regé-Jean Page, who so triumphantly played the Duke of Hastings”.

“We’ll miss Simon’s presence onscreen, but he will always be a part of the Bridgerton family,” it continued. “Daphne will remain a devoted wife and sister, helping her brother navigate the upcoming social season and what it has to offer – more intrigue and romance than my readers may be able to bear.”

Regé Jean-Page who played Duke of Hastings in an exclusive interview told Variety.com that he was informed of the time span he had on the show.

“It’s a one-season arc. It’s going to have a beginning, middle, end – give us a year,” Page says, recounting early conversations with Shondaland producers, who approached him about the role of Simon. “[I thought] ‘That’s interesting,’ because then it felt like a limited series. I get to come in, I get to contribute my bit and then the Bridgerton family rolls on.”

“Bridgerton” is essentially an anthology, with each book (and subsequently season) dedicated to a different sibling’s love story.

“One of the things that is different about this [romance] genre is that the audience knows the arc completes,” he explains. “They come in knowing that, so you can tie people in emotional knots because they have that reassurance that we’re going to come out and we’re going to have the marriage and the baby.”

Moments after Bridgerton announced the departure of the Simon from the show, Rege posted to say been on the show has been an absolute pleasure and a privilege.

Nigerian entertainer and Gbona singer, Burna Boy, made history when he broke the ceiling when his African Giant got nominated for the Grammy Award for Best World Music Album.
Read More Mavin CEO, singer and songwriter,  Don Jazzy has revealed that he wants to be a taxi driver for a week. The artiste revealed this in an Instagram post where he posted a picture he took at the Nat
Read More Two serving corps members in Kano have tied the knot months after the met during their orientation program in the state. The couple Mohammed Alhaji Musa and Hauwa Yahaya Bagudu both met during the 201
Read More