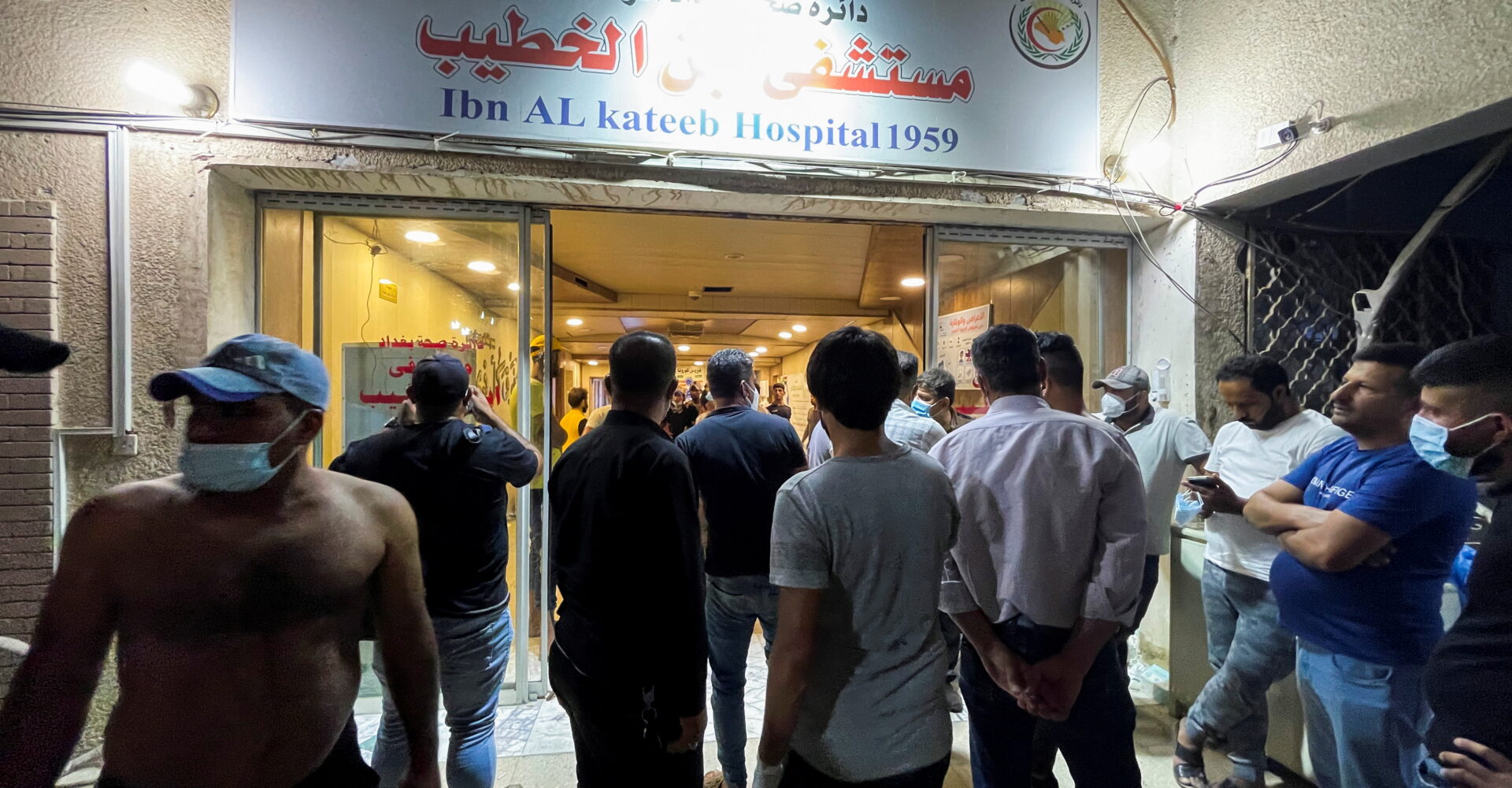 According to report reaching oyogist.com, 82 people died and 110 were injured in a catastrophic fire that broke out in the intensive care unit of a Baghdad hospital tending to severe coronavirus patients.

Negligence on the part of hospital authorities has been blamed for the Saturday night fire, which initial reports suggest was caused when an oxygen cylinder exploded in the ward of Ibn al-Khatib hospital. Iraq’s prime minister fired key hospital officials hours after the catastrophic incident.

Among the dead were at least 28 patients on ventilators battling severe symptoms of the virus.

Firefighters rushed to battle the flames that raged across the second floor of the hospital. Civil defense teams put out flames until the early hours of the morning.

Ambulances transported dozens of wounded. The Health Ministry said at least 200 people were rescued from the scene.

Doctors at the scene were frazzled by the chaos unfolding around them. They said numerous burned bodies were carried out by paramedics from the hospital floor.

The fire came as Iraq grapples with a severe second wave of the coronavirus pandemic. Daily virus cases now average around 8,000, the highest since Iraq began recording infection rates early last year. At least 15,200 people have died of coronavirus in Iraq among a total of at least 100,000 confirmed cases. The Emergency Operations Centre, EOC, of the Oyo State COVID-19 Task Force, has released a list of locations where residents of the state can undertake COVID-19 test across the state. A statement by t
Read More According to report reaching oyogist.com, Nigerian President Muhammadu Buhari, has congratulated his Ghanian counterpart, Nana Akufo-Addo, on his re-election as the President of Ghana. President Buhar
Read More