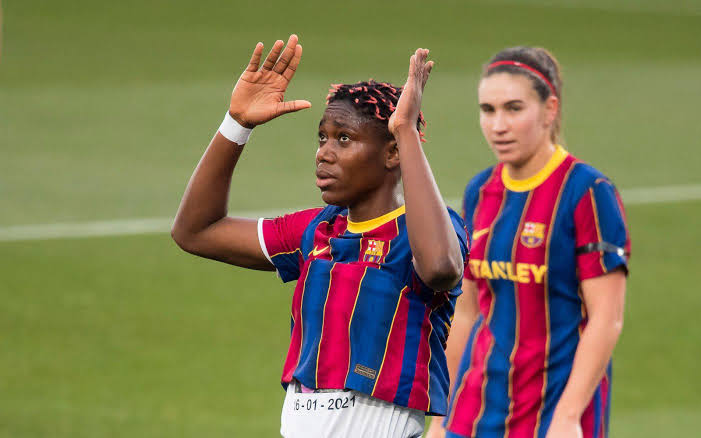 FC Barcelona Femeni have confirmed that Asisat Oshoala has undergone surgery on her right foot.

The club in a statement on Wednesday, said the surgery was to correct a defect.

“The player had been suffering from discomfort for a few weeks, which had caused her to miss a game, such as the one at Santa Teresa.

“The intervention was given by Dr. Dalmau, under the supervision of the Medical Services of FC Barcelona,” it read. It began at a relentless pace. City had more of the attacks but Leeds responded in kind when they could. As Bielsa said this week, they only know one way to play. Attempts at goal followed in flurries
Read More Arsenal manager, Mikel Arteta, has finally spoken up for the first time since testing positive to Coronavirus and given an update on his health status. The former captain who joined Arsenal from
Read More