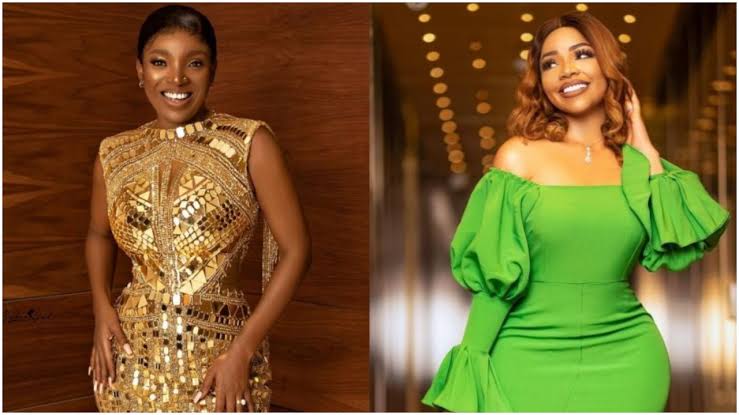 Nigerians on social media has dragged Former Big Brother Naija housemate, Nengi alongside her movie mentor, Annie Idibia, over a movie that they are filming together.

A short clip of the movie had earlier surfaced online yesterday, as they were seen together in a studio alongside Actor, IK Ogbonna and co.

Somee described Annie Idibia as an unskilled actress and denoted that her mentoring Nengi would deplict that of a blind man leading his counterpart.

British commentator and comedian, Katie Hopkins, who is notorious for her often downright racist remarks and hateful messages has been suspended by Twitter.
Read More Actress, Mercy Johnson, says she can’t play nude or intimately romantic scenes in movies anymore because she now answers to lots of people. The 35-year-old mother of three disclosed this when spe
Read More The High Court of the Federal Capital Territory in the Abuja Judicial Division has invited popular Nollywood Celebrity, Actress Tonto Dikeh, to appear in court over a suit filed by Her Ex-Husband, Dr.
Read More