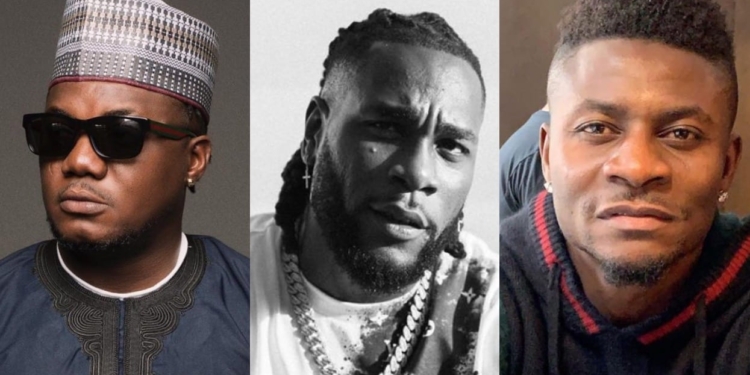 Oyogist.com has learnt that Nigerian Artist, CDQ has called out Burna boy and his boys for allegedly disrespecting popular Nigerian footballer, Obafemi Martins.

CDQ disclosed this on his official Twitter account, Further stating that he was disappointed in Burna boy and demanded that the Odogwu and his boys tender an apology to Ex-Super Eagles player, Obafemi Martins.

CDQ also advised Burna boy to not be deceived by “Odogwu” title but rather behave In a humble manner. Ex President Obasanjo has exhorted African youth on the best way to assume control over administration positions from the more old age. The previous president said initiative positions would not go to
Read More
December 14, 20190420 Dettol Nigeria and The Nigeria Center for Disease Control NCDC, have both reacted after the Lagos state police command this evening arrested actress, Funke Akindele-Bello, for flouting the lockdown or
Read More