According to report reaching oyogist.com, oyo state government has distanced itself from the drama that took place around the Guru Maharaji axis of the Lagos/Ibadan Expressway on Friday wherein some Security Operatives reportedly made an attempt to arrest  Chief Sunday Adeyemo popularly known as Sunday Igboho.

The Department of State Services (DSS) and the Police have also denied knowledge of the incident leaving many people to wonder who could have launched the attack on Sunday, a move that has sparked controversy in the polity.

But fielding questions from Aanuoluwapo Omorinde on BOTTOM LINE – a political programme on IBR 92.5fm Ibadan the Oyo State Commissioner for Information, Dr. Wasiu Olatunbosun said Oyo State could not have instructed the Security Operatives that are not under its control to carry out such act.

When reminded of the vehicle belonging to Operation Burst, a security outfit which belongs to the Oyo state government at the scene of the incident, Olatunbosun simply asked “who controls the DSS, who controls the Police, is it not the Federal Government? I think all questions on this development should be directed at these security operatives. Oyo State government does not know anything about this.

“A Governor is just the Chief Security Officer of his State on paper. These Security Operatives don’t take instructions from the governor.

“As a government, we release fund for the operations of these security agencies but we don’t control their activities.

“When there was crisis in Igangan, Operation Burst was commissioned to go with Amotekun to comb the forest but they declined saying they did not get signal from above. Whenever the State government gives an assignment to the security operatives, they take order from above and only discharge their duties based on this. So, with this development, could the State government have asked the DSS and Police to arrest Sunday Igboho?.

“Let me state it clearly – Oyo State government does not know anything about the attempted plan to arrest Igboho.”

Oyo State has recorded some kidnapping cases in recent time, and when he was taken up on this, he attributed the breakdown of security in the State to the lackadaisical attitude of the federal government saying what is happening is not peculiar to the Pace Setter State.

“Kidnapping is not peculiar to Oyo State. It is a general problem. It has happened in Oyo, Osun, Ogun, Lagos and Ondo. The entire Yewa axis of Ogun state was under siege for more than three weeks so, it is a fallout of the failure of the federal government in protecting the nation”.

On the APC bus that was reported to have been stolen, Olatunbosun said the police has launched an investigation into this matter and counselled that it should not be politicized. In the midst of continuous shock against the exercises of the Nigerian cops who have a place with the Federal Special Anti Robbery Squad (F-SARS) unit, Shehu Sani has cautioned against maltreatment of
Read More 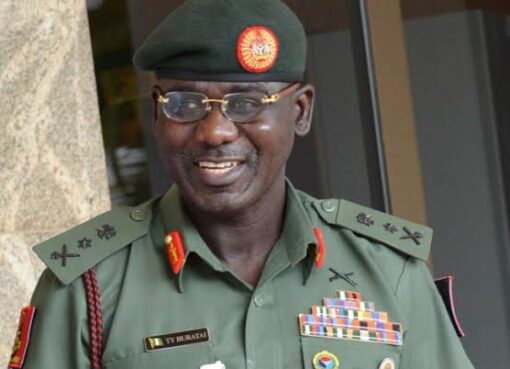 According to report reaching oyogist.com, the Chief of Army Staff, Lt.-Gen. Tukur Buratai has assured that the Nigerian Army will address the level of insecurity against the Boko Haram and the Islamic
Read More According to Reports reaching Oyogist.com, the Turkish Government has issued its final verdict on the 2016 failed coup attempt. The Government ordered a court to sentence more than three hundred and t
Read More