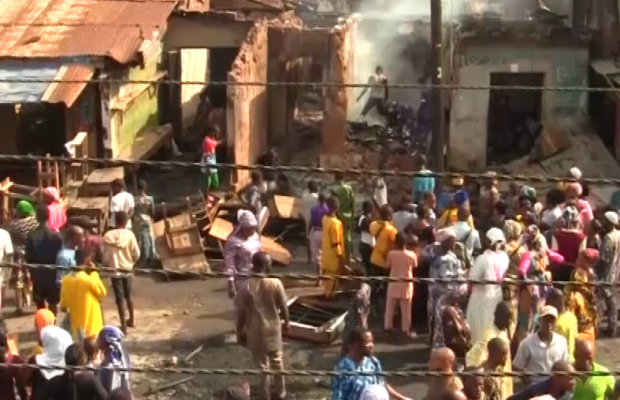 According to report reaching oyogist.com, One person has been reportedly killed during a clash between Yorubas and Hausas communities at Shasha in Akinyele Local Government, Moniya, Ibadan, Oyo State.

Oyogist.com gathered that another Yoruba man identified as Sakiru Adeola, a shoe maker, who is now late, waded in to calm the northerner to stop disturbing the pregnant woman.

Sakiru Adeola’s intervention did not seem to go down well with the Hausa, and this later resulted into heated argument between them.

In the course of the hot verbal exchange, the Hausa man allegedly pulled out a charmed ring from his pocket and hit Adeola, who fell down suddenly.

He was said to have been rushed to a nearby private hospital at Shasha where he gave up the ghost.

Speaking on the incident, Baale of Shasha, Chief Akinade Ajani appealed to the Oyo State Government to find lasting solution to the leadership tussle in Shasha Market Traders Association.

As at the time of filing this report, relative peace has been restored to the area as Nigerian Army, Police, Amotekun Corps and other relevant security personnel were seen patrolling major flashpoints. According to reports reaching oyogist.com, the US Department of Homeland Security have rejected President Trump claims of voting fraud, saying that the 2020 presidential election was in fact the most
Read More Oyogist.com learnt that A certain teenager, named Saifullah, 17-year-old, was allegedly tortured to death by Police Operatives this Monday morning, as #ENDSARS protesters marched in their numbers for
Read More