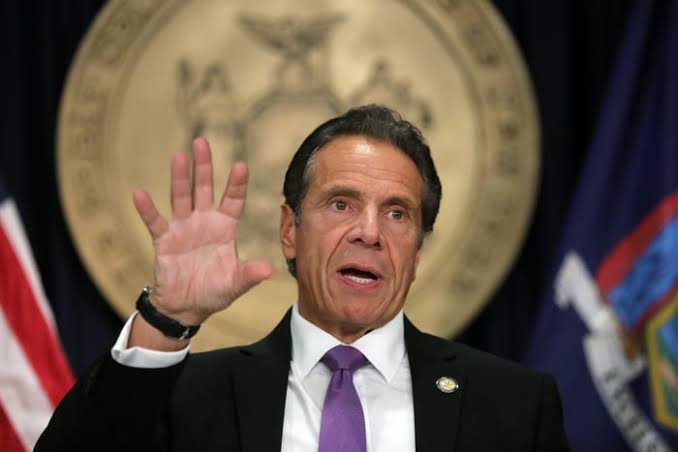 Oyogist.com has learnt that present New York governor, Andrew Cuomo has denied his alleged involvement in a sexual harassment case labelled against him.

In a New York Times exclusive, Charlotte Bennett, an executive assistant to the Governor, alleged that Cuomo “asked her questions about her sex life, whether she was monogamous in her relationships and if she had ever had sex with older men.
“Bennett alleges the governor’s “message” towards her was “unmistakable to her.””I understood that the governor wanted to sleep with me, and felt horribly uncomfortable and scared,” Bennett told the Times.

“I was wandering how I was going to get out of it and assumed it was the end of my job, she said further.

Governor Cuomo has now responded to the reports, as he revealed that he was only trying to be of help to her. According to reports reaching Oyogist.com, the Economic and Financial Crimes Commission, EFCC has been awarded the best cybercrime Prevention agency in Nigeria. The recognition was given to the EFCC z
Read More OYOGist.com has learned that the Former Minister of Aviation, Femi Fani-Kayode has said the truth concerning the Lagos pipeline explosion has been hidden. He said this via his official twitter handle
Read More