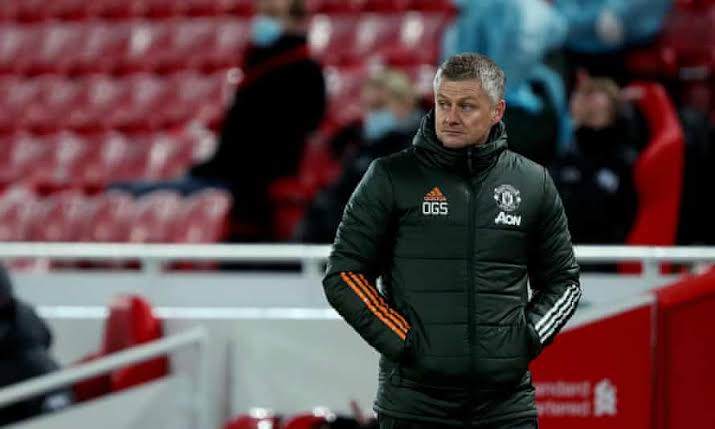 Oyogist.com has learnt that Manchester United coach, Ole Gunnar Solskjaer has said that his main focus at Man United is to stabilise things at the club and on the pitch.

He also revealed that he isn’t ready yet to apply for extension of his contract at the club.

He said, “I have not thought about that, and we have not discussed it at all.”“I am just focusing on doing my job and part of the job is to stabilise things.”

“We have a job to do in order to find consistency on the pitch. Outside the pitch it is still a crisis if you lose a game.”

“If you concede a goal in stoppage time against Everton, it still creates big headlines. That can happen in football., but on the inside it is more stable. We feel like we are on our way towards what we sat down and discussed, what we planned.”

“I know that there has been a lot of criticism and discussions about one thing or another, but if you first set a course, then I at least have so much faith in myself that I do not waver too much.” Following the defeat of the English club, Arsenal by Brighton, many people have reacted to the loss with their own different opinions, ideas and their reasons revealing why the Gunners lost that match
Read More Oyogist.com has learnt that Anthony Joshua has said he will not take the knee ahead of his bout with Kubrat Pulev on Saturday at Wembley’s SSE Arena. Taking a knee has been a demonstration adopted to
Read More OYOGist.com has learned that the Chelsea women squad have agreed to the signing of German midfielder Melanie Leupolz from Bayern Munich. The 25 year old has signed a precontract agreement and will joi
Read More