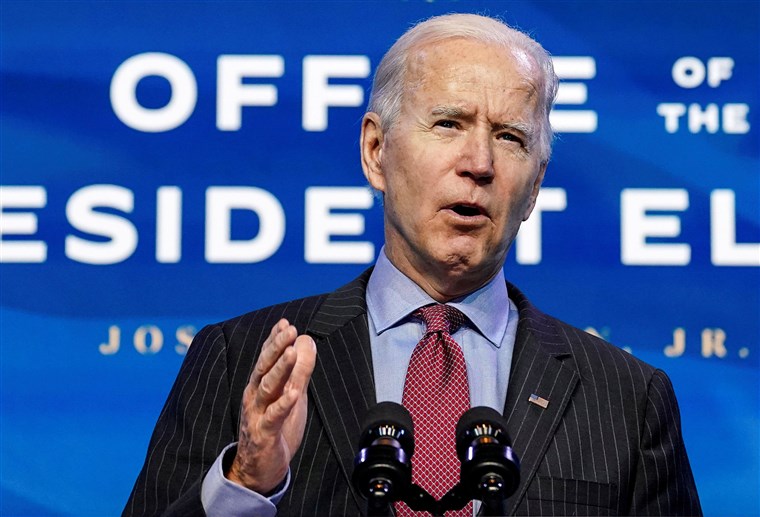 Oyogist.com has learnt that the US President Elect, Joe Biden has hinted on executing a series of orders immediately he takes office on Wednesday.

According to the US media, President Elect, Joe Biden would reverse several of Trump’s orders including the travel ban and would also re-join the Paris climate accord on his first day.

Among the orders planned for Joe Biden’s execution sonn after taking office include:

3. Mandating the wearing of masks on federal property and when travelling interstate.

4. An extension to nationwide restrictions on evictions and foreclosures due to the pandemic, oyogist.com learnt further. The Lagos State Governor, Sanwo-Olu has told residents that his commitment to fulfilling the promises of Lagosians remains uppermost in his administration, despite of disruption occasioned by the COVI
Read More According to report reaching oyogist.com, President Muhammadu Buhari has pledged that Nigeria will always be there for the Republic of Chad, adding that the two nations are not only neighbours but bro
Read More US Presidential Candidate, Donald Trump has revealed that a vote for his opponent, Joe Biden is a vote to give control of government over to Globalists, Communists, Socialists, and Wealthy Liberal Hyp
Read More