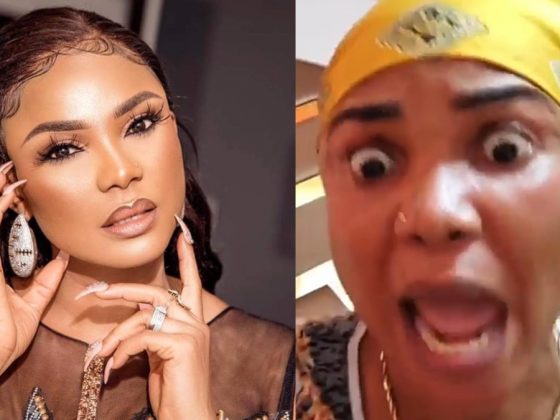 OYOGist.com has learned that popular Nollywood actress, Iyabo Ojo, has reportedly lashed at her entitled fans who always come to her for monetary assistance.

The Nollywood actress who seemed perplexed made this known during one of her Instagram live videos clearly stating that people don’t have the right to ask her for money just because they’re her fans.

Speaking in the video, Iyabo Ojo, made it known that people shouldn’t be putting themselves through responsibilities that sway the pocket broke but they should rather work hard and also learn how to manage whatever little funds the have.

She also revealed that during her school days, she had to school part time so that she could work and pay her school fees while adding that she has so many mouths to feed and everyone should learn how to strive to survive.

“You want to be Iyabo Ojo, do you know what Iyabo Ojo has gone through?

“So what you’re my fan for so many years, must I feed you, do you know how many people I feed?

“You’re my fan doesn’t give you the right to tell me to give you money,” she said. Governor Babajide Sanwo-Olu of Lagos State on Sunday presented the Staff of Office and Instrument of Appointment to Oba Abdulwasiu Omogbolahan Lawal (Abisogun II) making him the 15th Oniru of Iruland.
Read More Nigerian rapper Zlatan Ibile has taken to his social media page to share his thoughts about today’s pastors. According to the rapper, he does not believe in many of them despite being a pastor’s son.
Read More

Actress and director of Jenifer Diaries, Funke Akindele, who was arrested by the Police for violating a no gatherings rule in Lagos state was reported to have spent the night with the Police on Sunday
Read More