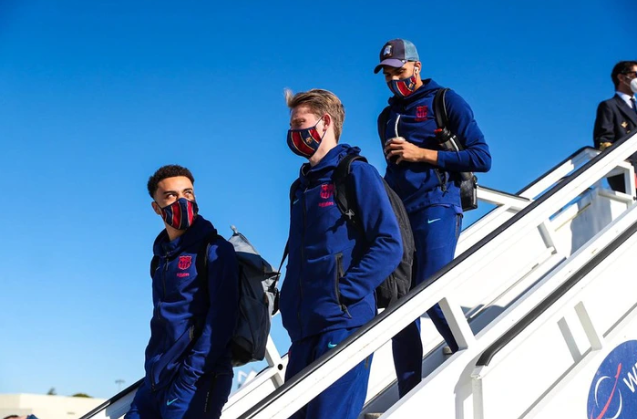 According to report reaching oyogist.com, Barcelona FC players have reportedly arrived in the city of Seville for the Super Cup Final clash against Athletic Club on Sunday.

Barcelona manager, Ronald Koeman,while talking to newsmen, noted that all Barca players, including the injured ones traveled with the team for the final even though they aren’t going to play.

According to reports from various sport analysts, the two managers are expected to start the match with their strongest line up tomorrow. Lionel Messi of Barca is however a doubt for the clash as he’s having muscle issues. The Danish shot-stopper has been tipped to join up with the Red Devils in the summer transfer windowKasper Schmeichel's "biggest dream" is to join Manchester United, according to his ex- Manchester Ci
Read More It took penalties to separate Tottenham Hotspur and Chelsea during Tuesday’s League Cup fourth round match in North London, and the first player to miss sealed the result for second-choice Spurs. Chel
Read More The former Blues defender expects Pep Guardiola’s side to make light work of their French opponents after dumping Real Madrid out in the last 16 Manchester City will be “very, very pleased” to have la
Read More