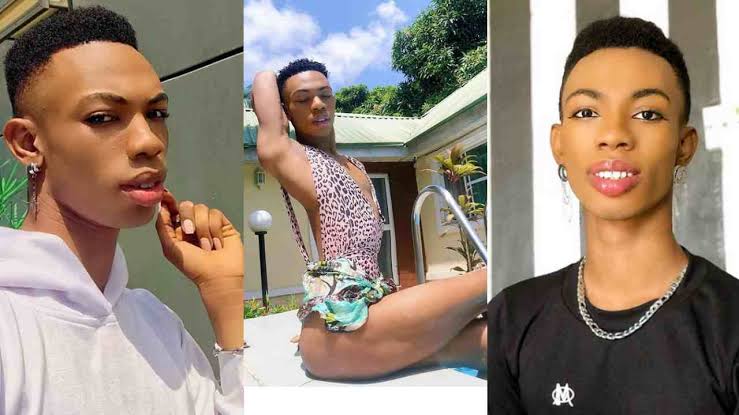 According to reports reaching Oyogist.com, popular Nigerian crossdresser, James Brown has cleared the air regarding his role as a cross dresser, as he disclosed that he’s still a man and would eventually get married to a woman.

James classified himself as a “comedic character’ and not a Cross dresser as he is well known to be.

James Brown said ;”I become more active on social media because I understand that Nigeria is tough and the only way I can help is by giving people pure entertainment. People call me all sorts of derogatory names, including ‘gay’ and ‘homosexual’ but they don’t get to me because I have a goal, which is to help the poor. The only way I can do that is by making money through want I know how to do best. This is an adventure for me. I am not a graduate but I am working towards being one. Oyogist.com has learnt that former BBNaija housemate, Leo DaSilva has insisted it's not compulsory for his wife to be Mrs DaSilva. He took to his twitter handle to disclose this; He tweeted: "It won’t
Read More

Nigerians have been asked by The Presidency to prepare for surprises as the panel probing the suspended acting Chairman of the Economic and Financial Crimes Commission, Ibrahim Magu, gets ready to sub
Read More