According to report reaching oyogist.com, the People’s Democratic Party (PDP), called on the International Criminal Court (ICC), to investigate the immediate past service chiefs over crimes against humanity.

This was made known by the People’s Democratic Party (PDP), spokesman, Kola Ologbondiyan, noted that ICC’s Chief Prosecutor, Ms. Fatou Bensouda, should issue a warrant in line with the court’s earlier revelation of having enough evidences of crimes against humanity being perpetrated by the Nigerian Army under the watch of the immediate past service chiefs.

“The PDP urges the ICC to probe the cases of extra-judicial execution of innocent Nigerians, massacre of peaceful protesters, illegal arrests and arbitrary detention of citizens in dehumanizing cells, torture and rape allegedly committed by the military under the outgoing commanders, as detailed in the reports of credible international bodies including the United States Department of State, Amnesty International (AI) and Transparency International (TI).

“The exiting service chiefs must be made to provide answers for the reported massacre of unarmed protesters by the military in the northwest and southeast states between 2015 and 2018, including the 348 civilians reportedly killed by soldiers in Kaduna state as well as the 347 bodies found in mass graves in the aftermath of the Zaria massacre.

“Our party further implores the ICC to investigate the reported inhuman detention of thousands of Nigerian children by military operatives in the northeast camps particularly between 2017, when more than 1,600 children were reported to have been in illegal detention in cages and 2018, when the UN detailed 418 detained children. This is in addition to the no fewer than 1000 children reportedly released under negotiation by the UN in 2016.

“Also our party stands with Nigerians in demanding for a full scale investigation into the deployment of the military in the EndSARS protests, resulting in the shooting and killing of unarmed civilians at Lekki Toll gate in Lagos and other parts of the country.

“While the PDP expresses unwavering confidence in our military, our party insists on the investigation of the atrocities of the few bad elements in our security architecture to serve as a deterrent.

“Our party therefore urges all well-meaning Nigerians to join in demanding that the ICC immediately commence the investigation of the tenure of the outgoing service chiefs for crime against humanity in our country,” the Party said. 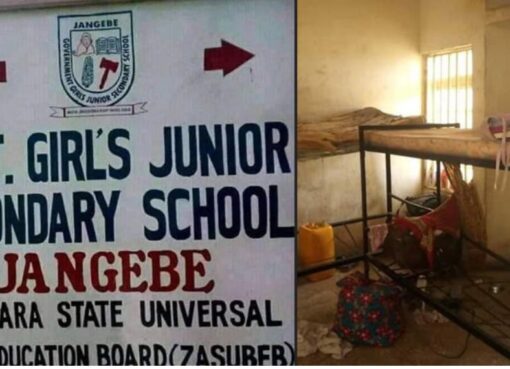 While the President isn't yet very clear on how long an extension would last for, it's already in the writing that the lockdown won't be going away anytime soon.
Read More