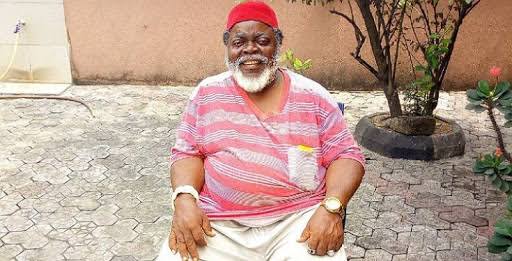 Oyogist.com has learnt that veteran Nollywood actor, Jim Lawson Maduike has passed away.

The thespian died on Saturday after complaining of body pains.

Maduike joined the Nigerian movie industry in the early 2000s and featured in several movies.

He acted in Chief Momoh, Royal Madness King, Save the Prince King, among others.

Maduike was also a writer and broadcast personality. OYOGist.com has learned that a young boy identified as David Chinedu Progress Life, who allegedly stabbed his friend, Benson Chika,to death over a financial disagreement on Saturday in Enugu state has
Read More America, who is the most hard-hit country with the Coronavirus pandemic, has halted funding for the WHO over its role in "severely mismanaging and covering up the spread of Coronavirus" and supporting
Read More OYOGist.com has learned that FC Barcelona has been trending in news this month with different positive and boardroom crisis news hitting the internet recently. This time around they are up to help in
Read More