According to report reaching oyogist.com, the Governor spoke during an interactive meeting with the leadership of the Hausa/Fulani and Ebira Communities in the state held at the Cocoa Conference Hall of the Governor’s office, Alagabaka, Akure, the state capital.

The meeting was also attended by the Commissioner of Police, Mr Bolaji Salami and the state commandant of the Amotekun Corps, Mr Tunji Adeleye.

While ordering that all Forest Reserves in the State are to be vacated by herdsmen within the next seven days with effect from today, Monday, Akeredolu decried the activities of the criminal elements, adding that they have turned forest reserves in the state and across the Southwest into hideouts for keeping victims of kidnapping, negotiating for ransom and carrying out other criminal activities.

He said: “Recent security trends attest that these times require all hands to be on the deck as the difficulties we face are dire. The challenges are quite enormous, but we are determined to confront them head-on.

“We decided that all the criminal elements who hide under various guises to aid the destruction of farmlands as well as perpetuate other violent crimes such as kidnapping, drug peddling and other nefarious activities, must be stamped out of our dear State.”

“We have cases of several attacks on our people by these mindless elements. You will recall the gruesome murder of one of the members of the Ondo State Traditional Council who was caught in the web of the devious plans of these workers of evil on his way back to his domain.

“While we were still grieving, other kidnap attempts were made on the lives of road users across the State, especially along our boundaries and hinterland,” OYOGist.com has learned that Nollywood has lost another of their own to the cold hands of death. This time it is coming from the Yoruba sector of the movie industry. News coming it in now has it that
Read More Oyo gist.com has learnt that a chieftain of Alliance for Democracy (AD) in Oyo State, Engineer Oyedele Hakeem Alao has called on the Economic and Financial Crime Commission (EFCC) and the Independent
Read More The APC being the ruling party is predicted to possess the majority of presidential aspirants base on its peculiarity because the party currently in power, it's assumed that a presidential candidate u
Read More 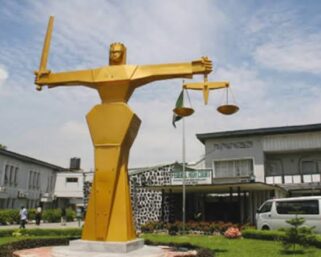