OYOGist.com has learned that the Economic and Financial Crime Commission has urged the Abuja Federal High Court to reverse the bail granted to Chief Femi Fani Kayode, a former Nigerian Aviation Minister and a PDP chieftain.

This was contained in a prayer made by the EFCC’s Lawyer, Mohammed Abubakar, to the Justice John Tsoho led court on the grounds that Chief Femi Fani Kayode had continued to be absent from his ongoing trial lately.

The EFCC prayer was however challenged by the defence counsel to Chief Fani Kayode, Mr. Wale Balogun, who urged the court to dismiss the EFCC’s prayer terming it as an ‘oral application.’

As at the time of filing the report, the case is still on going.(NAN) The recent statement credited to Rt. Hon Chibuike Ameachi, the honourable Minister of Transport and former Governor of River state, he and his Ikwerre people are Igbo didn't go down well with some gro
Read More Reports reaching OYOGIST.com shows that some gunmen have abducted 16 road users on Saturday. The abducted victims includes some market women, farmers, traders, and civil servants travelling within the
Read More 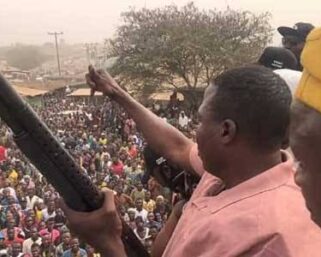