The England international has only featured in one Premier League game for the north London club this season, playing 45 minutes in their 1-0 defeat to Everton.

Alli was then left out of Jose Mourinho’s squads to face Southampton and Newcastle, and the EFL Cup tie against Chelsea was seen as a chance for the player to get some playing time.

However, the 24-year-old midfielder has been left out of Spurs’ matchday squad to host Frank Lampard’s Chelsea tonight, adding to speculation about his future at the club.

Tottenham have a Europa League playoff tie against Maccabi Haifa on Thursday and the game against the Blues was viewed as an opportunity for Mourinho to rotate his squad.

However, Alli missing out on the squad raises further questions about the midfielder’s future at the London-based club.

PSG have been linked with a move for the Englishman but it remains to be seen if they will come forward with a formal offer.

The transfer window slams shut next Monday and the French champions will have to act quickly if they are to land now out-of-favour Spurs star. 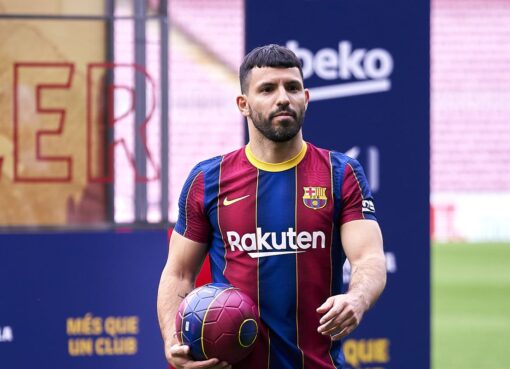 Sergio Aguero has turned down the opportunity to wear Barcelona’s legendary number 10 shirt, according to Sport’s Albert Roger. Aguero, one of Barcelona’s new signings, who wore the exact number for M
Read More According to reports reaching OYOGist.com, Nigeria and Kayserispor of Turkey midfielder Anthony Uzodinma has made it known to the newsmen that he has always dreamt of playing for Chelsea football club
Read More OYOGist.com has just learned that the king's of North London arsenal football club have just placed their whole squad on quarantine following tests results that came back positive for their coach Mike
Read More