Mr. Chinonye Obiagwu, a senior Advocate of Nigeria and a member of the National Executive Committee of Nigeria Bar Association said if he had his way, he would have withdrawn the invitation of the Attorney General of the federation Mr. Abubakar Malami to the NBA Annual General meeting, oyogist.com reports.

Reacting to the question, if NBA NEC was considering withdrawing other governors on the list in an interview on Channels TV, he said this government have more than fifty decisions of the court that have been disobeyed under the watch of Malami and if was the president of NBA he would also withdraw the invitation of Malami.

He said, “we have on record more than fifty decisions of the court that have been disobeyed by this government… the attorney General that said national security takes precedence over the rule of law and human rights.”

He stated further that he would have disinvited governors who in their domain, there are killings and are doing nothing about it. He said NBA is a pressure group and withdrawal of governor El Rufai invitation as a guest at its Annual General Meeting is a statement of intent that NBA will not romance with people who have no respect for the rule of law.

Also speaking on the basis of disinvitation of governor El Rufai, Mr Obiagwu said they have substantial reasons in his opinion. There are what can be considered a genocide in Southern Kaduna running over several years and the governor is in his second term yet he has done little or nothing about the killing. He said there are no records of people prosecuted for the massacre.

On the division among NBA and threat by some branches to boycott NBA conference, he said NBA has 120 branches and NEC is the national body and highest decision making body who created those branches, if any branch opt out of the conference, NEC has the power to sanction them because they are answerable to them. A 37year old man has been to death on Friday during a hearing conducted on the video-conferencing platform Zoom in Singapore, OYOGist.com reported. Punithan Genasan, was sentenced at the Singapore Hig
Read More According to reports reaching Oyogist.com, The expected open market price of Premium Motor Spirit, popularly known as petrol, has dropped to N114.53 per litre, N30.47 lower than the approved pump pric
Read More 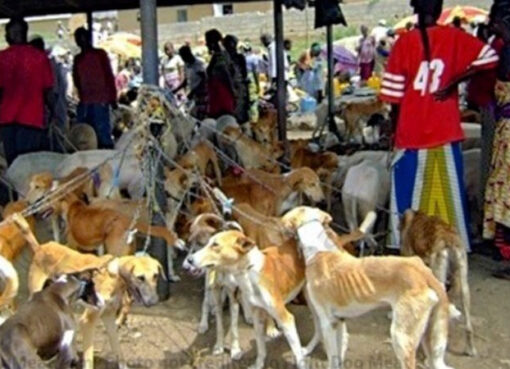 Oyogist.com has learned that Over 9,948 persons have signed an online petition urging the Nigerian government and President Muhammadu Buhari to ban the sale of dog meat in Nigeria. The petition, which
Read More